Is all above board 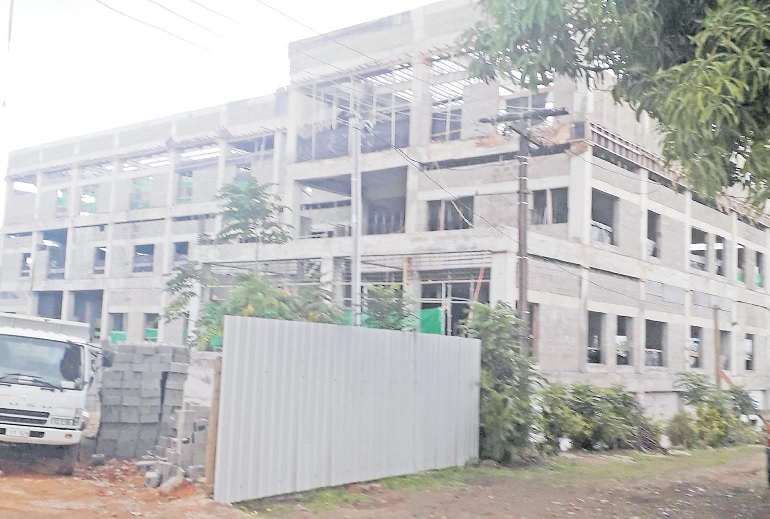 There is considerable controversy over the multi-million dollar state-of-the-art office complex for the Prime Minister, at a time when thousands of our working families are suffering through job losses, paycuts and reduced working hours as a result of the COVID-19 crisis.

In his usual garbled style, Economy Minister Aiyaz Sayed-Khaiyum justified this “extravagance” thus in the 2020/21 Budget: “The work must go on –– and by keeping the construction industry humming, we are sustaining and creating jobs, and preparing to emerge from this crisis looking not desolate, but in pristine condition.”

Whatever that means! The new office complex for the PM is one of several construction projects he said were “shovel ready sites” that the Fiji First government intends to push so as to “emerge from the crisis … in pristine condition”.

However, the manner in which the Economy Minister is keeping “the construction industry humming” has begun to raise a lot of eyebrows.

There seems an abysmal lack of accountability and transparency in the handling of tenders for public works despite the existence of a government procurement office to regulate and administer the procurement of all goods, services and works for the Government valued at more than $50,000. The approving authority for such goods, services and works is the Tenders Board. There is also a Construction Implementation Unit responsible for oversighting construction projects. To begin with, advertisements calling for expressions of interest for major public works are placed only in the Fiji Sun, to the exclusion of the more widely read The Fiji Times. The normal procedure, to ensure transparency, should be for all bidders to be invited on the closing date when all tenders are opened in their presence and the tender amount of each bidder announced. However, industry sources claim this is no longer happening. As a result, some builders have stopped participating, claiming it’s just an exercise in futility. I have raised before that I have learned that the rebuilding and repair of schools damaged by Severe Tropical Cyclone Winston is costing $3000 to $5000 per square metre. This is outrageously exorbitant. According to local builders and consulting firms, a five-star hotel can be built for about $3500 per square metre. They say that considering that the major work required was to replace roofs, the cost should not have exceeded $1500-$1800 per square metre. How was this glaring incongruity overlooked by the Tenders Board and the Construction Implementation Unit?

Construction of the Lautoka and Nakasi Police Stations are estimated to cost $30 million and $35m respectively. Nadi is put at $19m. These are only initial outlays — what the completed projects will cost is anybody’s guess. Take the PM’s new office complex. There was a perception created in the 2020/21 Budget that it would cost $7m. This is grossly misleading. If three-storey police stations are projected to cost $30m and upwards, how can a five-storey, ultra-modern structure for the PM’s office cost $7m? Indeed, over the next three years to 2022, $7m a year has been allocated for the complex – a total of $21m. But I am reliably informed that a more realistic cost of the project would be $40m, if not more.

Another matter of grave concern is how the Government ignores issues associated with public construction projects, even those raised by the Auditor-General. Take for instance the Rakiraki municipal market project. The Auditor-General in his 2019 report revealed that a contractor had paid off the council’s debt of around $115,000. He had then secured the contract for the  construction of the $7m market. He cited this as a case of conflict of interest.  He called on the Ministry for Local
Government to investigate the matter but to date the Minister has said nothing on it.  Likewise, not a word from her on the Lautoka City Council’s swimming pool  scandal. Turning to statutory bodies, work on FNPF’s Nadi Retail development, into its sixth year, is still not completed.  Originally put at $23m the cost has escalated to $35m or more by now. No comments  from the Minister — it’s business as
usual. I believe there is sufficient cause for an independent inquiry into the procedures  and practices employed by the Ministry of Economy and the municipal councils in  awarding contracts for public construction projects.