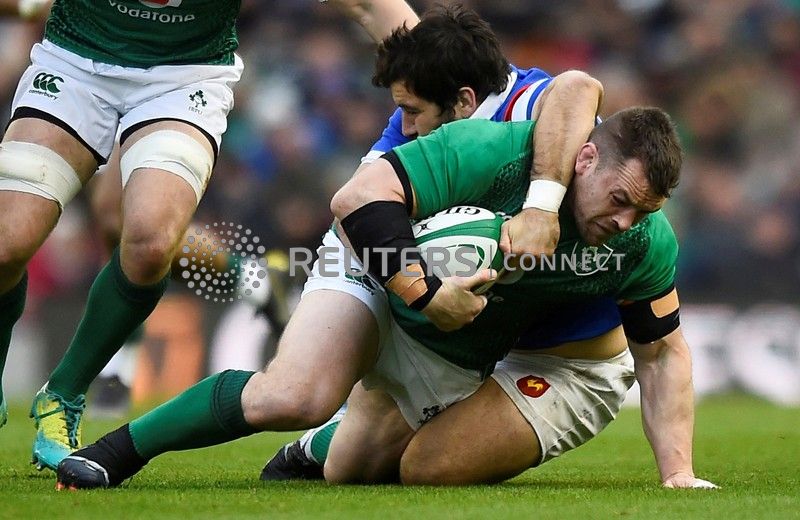 YOKOHAMA, Japan (Reuters) – Irish prop Cian Healy got a different perspective on the art of shoving opponents this week when he and some teammates took advantage of being in Japan with a sumo wrestling lesson.

The Leinster loose head, renowned for his weightlifting prowess, first had some sumo training when Ireland toured Japan in 2017 – and he jumped at a second opportunity.

“When it became an option this time, I was urging the lads to do it because it’s culturally one of the best things I did the last time around,” Healy told a news conference on Friday.

“You get an understanding of it that they’re not just big lumps, the amount of training that they put in, their flexibility, strength, power, everything. It was a really good experience to see that and then to just chat to the lads after.”

Ireland arrived in Japan last week and with their World Cup set to start on Sunday against Scotland, the 31-year-old veteran of two previous World Cups knows it is important for the squad to find ways to occupy themselves.

“Mainly because of the length of the period, if it’s short you can knuckle down, stay in the hotel and keep activities to a minimum. Over six or seven weeks, that’s just not sustainable,” Healy said.

“It’s important to have things that we can get out to and do.”

Healy may have won Ireland a few new fans to cheer them on this weekend too.

“The main fella, I can’t pronounce his name now, he followed a few of us on Instagram and gave us a few DMs (direct messages) and we were chatting to him on that,” he said of one of his new sumo friends.

“He was saying good luck. There’s been a bit of chat, bit of craic.”