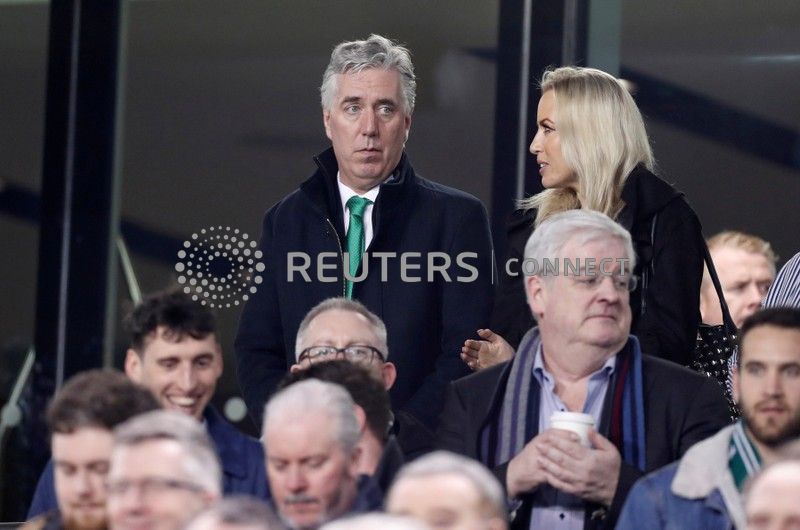 DUBLIN (Reuters) – Ireland’s state corporate watchdog has begun proceedings against Irish soccer’s governing body, it said on Friday, weeks after the Football Association of Ireland’s (FAI) board said it would step down in the wake of a furore over an undisclosed loan.

The FAI acknowledged last month that it had broken state funding rules by failing to tell authorities about a short-term loan made to it by its former chief executive John Delaney in 2017.

“An affidavit has been filed in relation to the FAI,” initiating legal proceedings, a spokesman for the Office of the Director of Corporate Enforcement (ODCE) said. He declined to give any further details.

State broadcaster RTE said the affidavit related to whether documents given to it by the FAI contained privileged legal material.

A spokesman for the FAI said that it was aware of the ODCE application and that it continued to co-operate fully with the body.