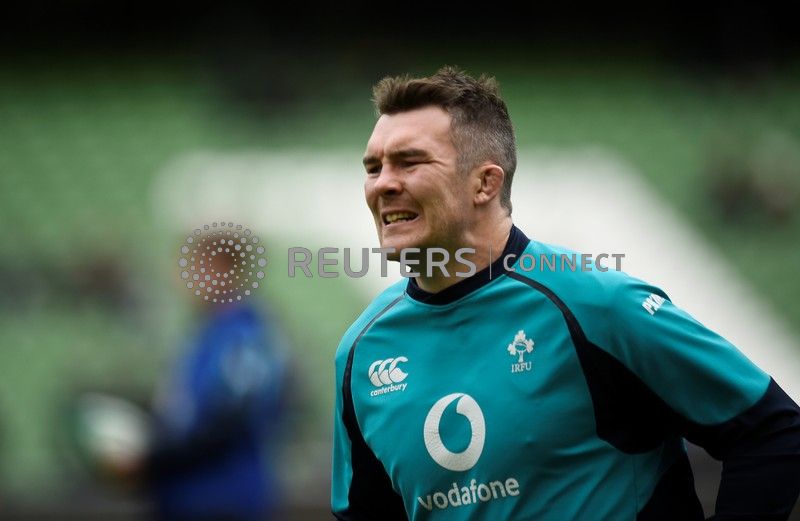 YOKOHAMA, Japan (Reuters) – Ireland may be famed for being the land of 100,000 welcomes but it has nothing on Japan, vice captain Peter O’Mahony said on Saturday.

Ireland takes much pride in its reputation as being one of the friendliest nations to visit, typified by the traditional Irish language greeting of “cead mile failte”, translated as “100,000 welcomes?.

But the country’s rugby players have raved about the Japanese hospitality since they arrived 10 days ago and they have had plenty of time to soak it in ahead of Sunday’s opening game against Scotland.

“We’ve had a fabulous welcome from the Japanese people,” said O’Mahony, who captained Ireland in the 2009 Under-20 World Cup in Japan in a squad that also featured scrumhalf Conor Murray and fellow flanker Rhys Ruddock.

“I was lucky enough to be here 10 years ago and had experienced a lot of the cultures but we’re certainly hugely grateful for the welcome that we’ve got this time, it’s been absolutely incredible.”

While Ireland will be heavy favourites when they take on the hosts in Pool A in a week’s time, Japan may have already won elsewhere, according to the Munsterman.

“I think guys have certainly been taken aback, Ireland would consider themselves a very welcoming nation but I certainly think Japan take that to a different level,” O’Mahony said.