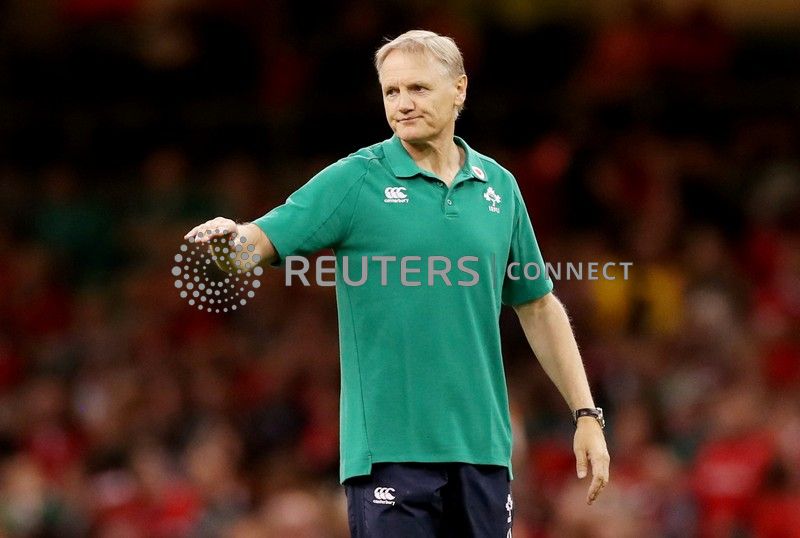 CHIBA, Japan (Reuters) – Ireland want to take it one match at a time in their Rugby World Cup group stage but have already singled out hosts Japan as a tough opponent in Pool A, head coach Joe Schmidt said.

The current world number one open their campaign on Sept. 22 in Yokohama against familiar foes Scotland before taking on Japan less than a week later.

Japan have never beaten Ireland in any of their previous meetings, but Schmidt said the recent strong run of form which saw the Brave Blossoms take the Pacific Nations Cup last month makes them a side that needs watching.

“I think Scotland will be very difficult for us. And I think just the six-day turnaround to Japan will be very tough,” Schmidt told reporters on Saturday.

“They were obviously very strong in the Pacific Nations Cup, and I think we’re trying to take one match at a time but we’ve certainly got an eye to the future and the quality that the Japanese team have.”

The warm and humid weather, which the hosts are better accustomed to, will also be a factor.

“The temperature is due to be 32 degrees tomorrow and that’s not really Irish temperatures. That will be a challenge for us in itself,” Schmidt said.

“So we’ll see how we adapt and cope with those different conditions. The forecast for Sunday is torrential rain. So we’re going to have to be ready for whatever conditions there are on the day.”

Ireland are likely to be without centre Robbie Henshaw against the Scots with a tight hamstring but Schmidt hoped the injury was not too serious.

“I think the fact that he pulled up, he wasn’t accelerating at the time, we’d be hopeful it’s not too bad,” he said.

“Is it likely to rule him out of this week? Yeah you’d have to say it is likely, the fact that he did pull up.”

New Zealander Schmidt, at the helm since 2013, is trying to help Ireland shed their perennial World Cup underachievers tag and advance beyond the quarter-finals for the first time.

“We know we’ve been less consistent this year but a lot of what we’ve been targeting is in the coming weeks, so that’s really where we know we’ll judge ourselves and others will judge us for this year.”

Ireland also play Russia and Samoa in Pool A.