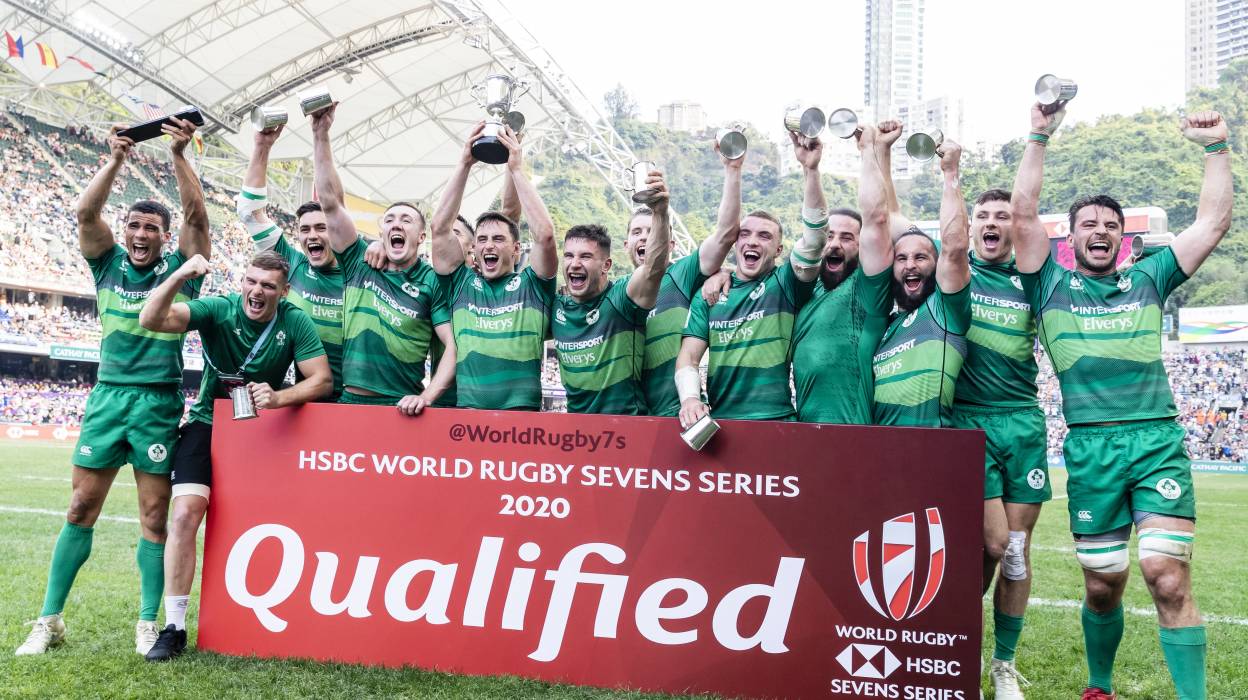 Ireland have secured a place as a core team on the HSBC World Rugby Sevens Series 2020.Picture: WORLD RUGBY.

Ireland have secured a place as a core team on the HSBC World Rugby Sevens Series 2020 after beating Hong Kong in the final of the annual world series qualifier in Hong Kong.

The victory in front of a packed Hong Kong Stadium means Ireland will become one of the 15 core teams contesting the 10-round world series.

As the time went into the red, the home side continued to battle but Ireland’s gutsy defence held firm and the players cried tears of joy as the full-time whistle sounded.

In the final they struck first through Harry McNulty and captain Billy Dardis added the conversion.

It gave them a spring in their step and an excellent angled run from O’Shea delivered their second just before half-time.

A second successful conversion put them 14 points up before they extended that out to 21.

“We’re just delighted with this,” said captain Dardis after the full-time whistle.

“It’s been a long and hard road. I think that we all just stood on the pitch there and couldn’t move. We’re just speechless. It’s class! It won’t sink in for a couple of weeks.”

This time last year, Ireland were knocked out at the semi-final stage by eventual winners Japan but went on to have a head-turning season.

The side played as the invitational team at the London and Paris rounds in the 2018 world series and took home a bronze medal from London.

They won 23 of their 24 matches across the Rugby Europe Sevens Grand Prix Series and as this all-important qualifying competition played out showed their strength. Ireland were housed in Pool F alongside Jamaica, Uruguay and Russia.

A 26-7 lead over Uruguay was clawed back though and had Tomas Ubilla not missed the final conversion attempt, a loss would have been recorded.

Ireland used the overnight break to brush off the moment and returned to record back-to-back wins over Russia on day two.

The first 33-7 victory completed their pool campaign before a statement quarter-final result followed.

A 47-0 victory in the last-eight included braces from Jordon Conroy, O’Shea and Kennedy and created a last-four meeting with Germany.

The semi-final was a clash of the titans as both sides gave it absolutely everything.

Although Anthony Eddy’s outfit led 5-0 at the break they went 10-5 down in the second half.