Ireland ready to put disappointing year behind them 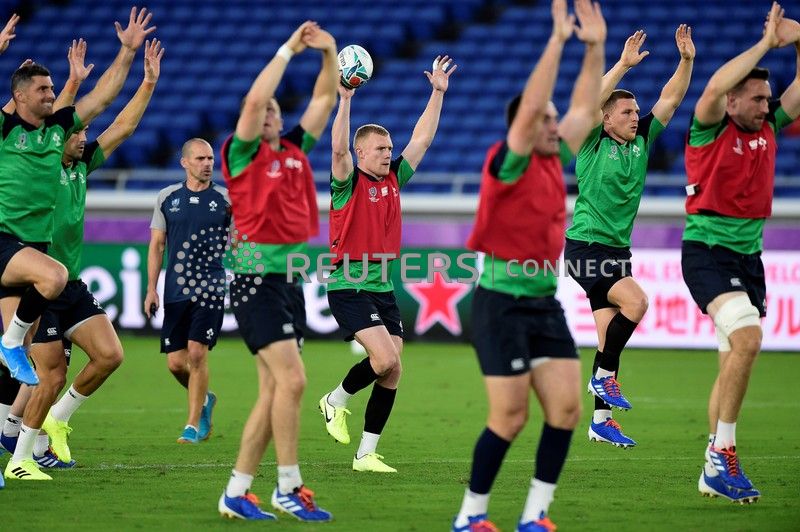 YOKOHAMA, Japan (Reuters) – Ireland will be desperate to put a disappointing year behind them in Sunday’s World Cup opener against a dangerous Scotland side with coach Joe Schmidt adamant his team will show the rest of the competition just how tough they will be to get past.

World beaters a year ago, Ireland began 2018 by sweeping their way to their third Six Nations title in five years and ended the year by following up their first-ever victory over the All Blacks in 2016 with another in commanding style.

Things, however, have not gone to plan in 2019 — a poor third-place Six Nations finish that included disappointing physical defeats to eventual winners Wales and old rivals England, who added a record hammering in a recent warm up for good measure.

Getting outmuscled by opponents is not something Ireland have been used to in Schmidt’s six years in charge.

“One thing I will be really confident of is that we will be tough to beat. In 48 hours time, I think you will see a very collective effort and that effort will make us tough to beat,” the New Zealander told a news conference on Friday.

“I don’t think there’s a huge amount between the two teams and so whoever does maybe get the bounce of the ball or can be just a little bit more efficient than the other, it may just tip the balance.”

Schmidt has only lost once in seven meetings against the Scots, often running out decent winners, but their free-flowing fellow Celts have troubled Ireland at times and Gregor Townsend’s men may sense an opportunity.

Ireland’s patchy form has sharpened their focus on just navigating Pool A, before dreaming once more about reaching a first ever World Cup semi-final.

The absence of Ireland’s Rob Kearney, Keith Earls and Robbie Henshaw has only added to their difficulties and Townsend duly picked a team loaded with experience that will need flyhalf Finn Russell at his best if they are to upset the world number one ranked team.

A Scotland victory could make Pool A very interesting with hosts Japan and even Samoa keen to spoil someone’s tournament.

“I’ve seen that through the way they have trained and acted in the last few days. It has been two of our best ever training sessions and that excites you as a coach,” Townsend said.

“It’s your opening game of the World Cup and you are playing a team that are currently ranked number one in the world. It is a hugely important game against a very good side.”