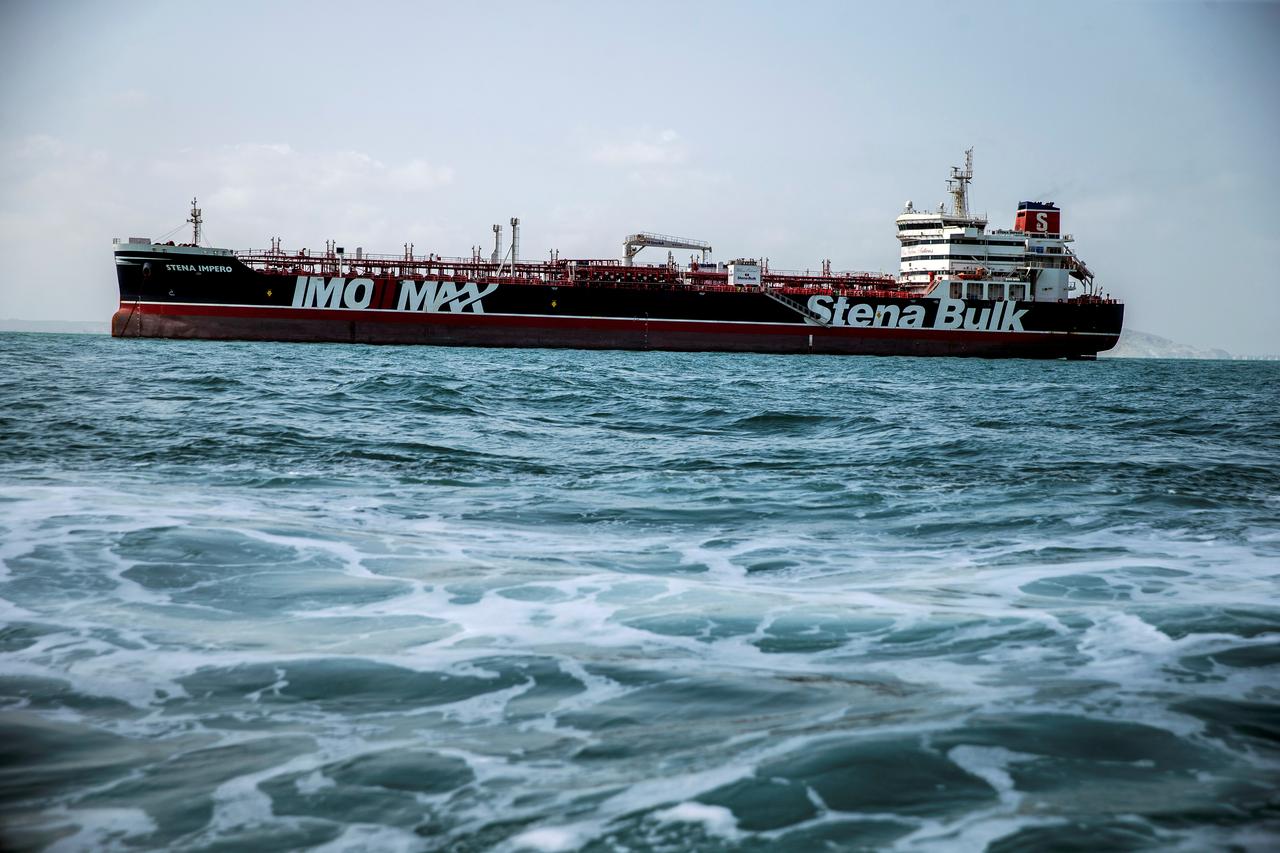 STOCKHOLM (Reuters) – Stena Impero, the British-flagged tanker detained by Iran on July 19, will be released soon, an Iranian maritime official said on Sunday, according to the semi-official Fars news agency.

The Stena Impero was detained by Iran’s Revolutionary Guards in the Strait of Hormuz waterway for alleged marine violations, two weeks after Britain seized an Iranian tanker off Gibraltar. That vessel was released in August.

“After the issuing of the ruling for the end of detention of the English tanker Stena Impero this vessel will soon, and after the passing of 65 days, begin its movement from the port of Bandar Abbas toward international waters,” said Allahmorad Afifipour, the head of the Ports and Maritime Organisation of Iran in Hormozgan Province.

The process for the tanker to exit Iranian waters has been started but the legal case against the ship is still open and the results of the case will be announced, Afifipour said.

He did not provide any additional information on when the tanker may be released.

The head of the Swedish firm that owns the vessel said earlier on Sunday that the tanker may be released within hours.

Swedish public broadcaster SVT quoted Stena Bulk Chief Executive Erik Hanell as saying: “We have received information now this morning that it seems like they will release the ship Stena Impero within a few hours. So we understand that the political decision to release the ship has been taken.”

“We hope to be able to head out within a few hours, but we don’t want to anticipate events. We want to see that the ship sails out of Iranian territorial waters,” Hanell told SVT, adding that his information came from Iranian authorities.

Hanell late on Sunday (2030 GMT) told Reuters he had just arrived in the United Arab Emirates. “Unfortunately no further development but we keep at it and hope for a solution within the near future,” he said in a text message.

Stena Bulk spokesman Will Marks earlier on Sunday said the vessel was still being held and negotiations were ongoing.

“Until we have official confirmation and the vessel is lifting up its anchor and sailing out of Iranian waters we can’t confirm anything else,” he told Reuters.

In an update late on Sunday (1940 GMT), Marks said the situation remained the same. “We have had no official confirmation of a release yet,” he said.

On Sept. 4, Iran released seven of the vessel’s 23 crew members. Swedish Foreign Minister Margot Wallstrom said at the time that Sweden had been in daily contact with Iran at a high political level since the vessel was seized.

Britain called on Iran to release the ship and its remaining crew immediately.

“Iran’s illegal seizure of a ship inside an internationally recognized shipping lane is unacceptable and undermines international law,” a spokesperson for the British government said in an email.