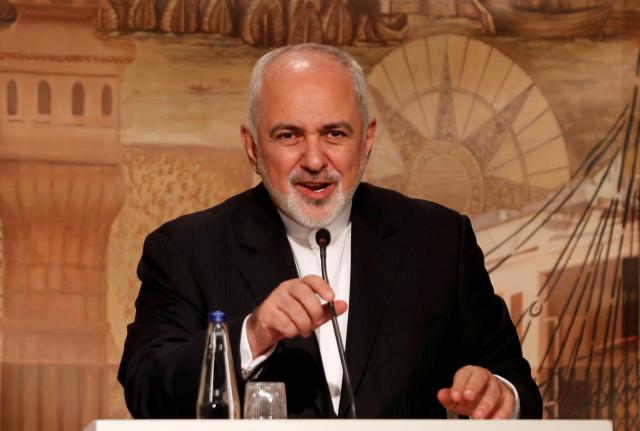 LONDON (Reuters) – Iran on Wednesday praised European efforts to maintain business with Tehran despite U.S. sanctions, citing “constructive meetings” with British and French officials in Tehran this week on setting up a way to conduct non-dollar trade.

European diplomats said last week British, French and German attempts to establish the SPV were faltering because no EU country was willing to host it for fear of its banks provoking U.S. penalties, including a ban from U.S. markets.

In May, President Donald Trump withdrew the United States from world powers’ 2015 nuclear agreement with Iran, under which Tehran curbed its disputed uranium enrichment program in exchange for the lifting of most international sanctions. Trump has since reimposed U.S. sanctions targeting Iran’s oil exports.

The three big European Union powers and the EU as a whole have reaffirmed their commitment to the nuclear deal, as have Russia and China. Iran has warned it could repudiate the deal unless its economic benefits are preserved.

“We had constructive meetings with British and French officials and nuclear negotiators in Tehran yesterday and today,” Iranian Deputy Foreign Minister Abbas Araqchi said in a tweet on Wednesday, referring to British Foreign Secretary Jeremy Hunt’s visit to Tehran.

A French delegation was also in Tehran to meet Araqchi on Wednesday, the semi-official Fars news agency said.

“The European Union and the three European countries are still determined to save the JCPOA (nuclear deal). New initiatives are being designed for the SPV,” Araqchi said.

The SPV is a sort of clearing house that could help match Iranian oil and gas exports against purchases of EU goods in an effective barter arrangement circumventing U.S. sanctions that are based on global use of the dollar for oil sales.

The Iranian foreign ministry spokesman said that Iran had not given up hope on the SPV, and denied reports that Tehran was preparing to withdraw from the nuclear deal.

“We have not been able yet to finalise the (SPV) issue to facilitate Iran’s purchase of essential goods, and business with small and medium-sized enterprises (SMEs),” Bahram Qasemi was quoted as saying by semi-official news agency ISNA.

“But we are not in a state to be totally disappointed with the European Union.”

The U.S. special envoy for Iran warned last week that European banks and firms who engage in the SPV will be at risk from fresh U.S. sanctions.