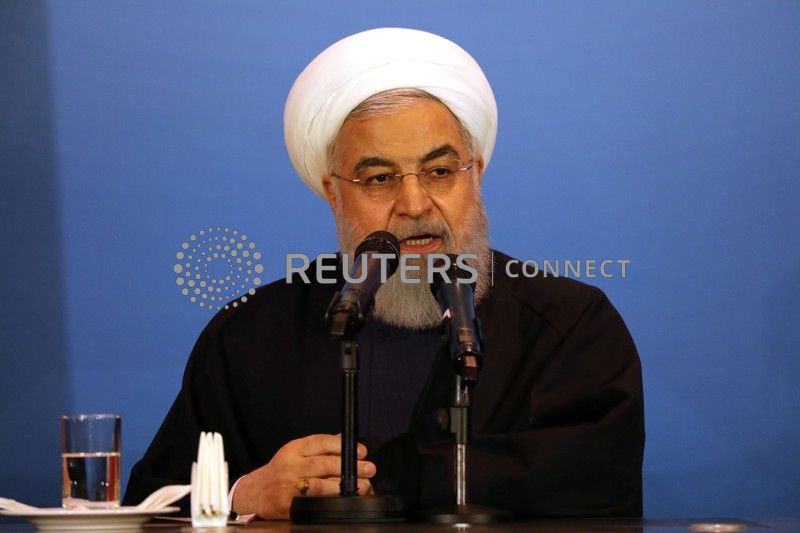 LONDON (Reuters) – Iranian President Hassan Rouhani said on Thursday that Tehran will not surrender to U.S. pressure and will not give up on its goals even if it is bombed, as tension rises between the Islamic Republic and the United States.

Rouhani was quoted by state news agency IRNA as telling a ceremony in commemoration of the Iran-Iraq war in the 1980s: “We need resistance, so our enemies know if they bomb our land, and if our children are martyred, wounded or arrested, we will not give up on our goals for the independence of our country and our pride.”