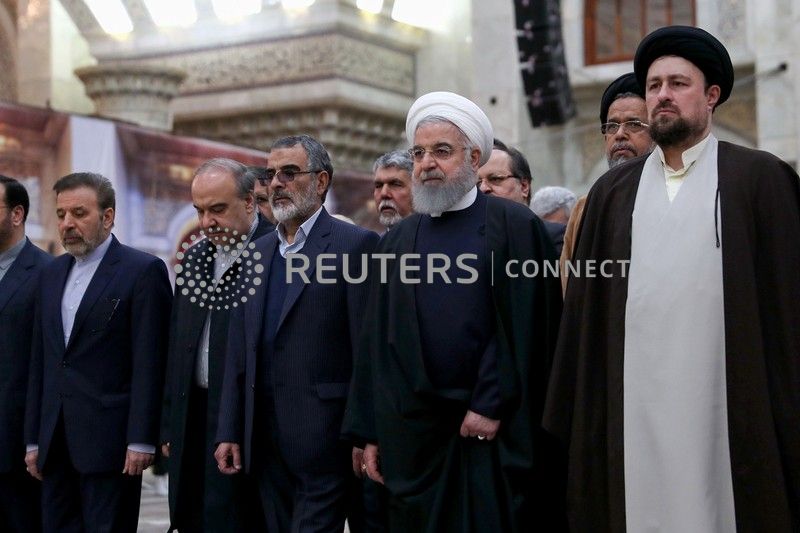 Iran's President Hassan Rouhani visits the shrine of the founder of the Islamic Republic, Ayatollah Ruhollah Khomeini, south of Tehran, Iran, January 30, 2019. Official President website/Handout via REUTERS ATTENTION EDITORS - THIS IMAGE WAS PROVIDED BY A THIRD PARTY. NO RESALES. NO ARCHIVES

GENEVA (Reuters) – Iran’s president said on Wednesday the country was facing its toughest economic situation in 40 years, and the United States, not the government, was to blame.

Workers, including truck drivers, farmers and merchants, have since launched sporadic protests against economic hardships, which have occasionally led to confrontations with security forces.

“Today the country is facing the biggest pressure and economic sanctions in the past 40 years,” Hassan Rouhani said, according to the presidential website.

“Today our problems are primarily because of pressure from America and its followers. And the dutiful government and Islamic system should not be blamed,” he added.

Rouhani spoke at a ceremony at the shrine of the founder of the Islamic Republic, Ayatollah Ruhollah Khomeini – part of a series of events leading up to the 40th anniversary of the February 11th revolution.

Iran’s rial currency has fluctuated in value in recent months, making it difficult for ordinary people to make ends meet.