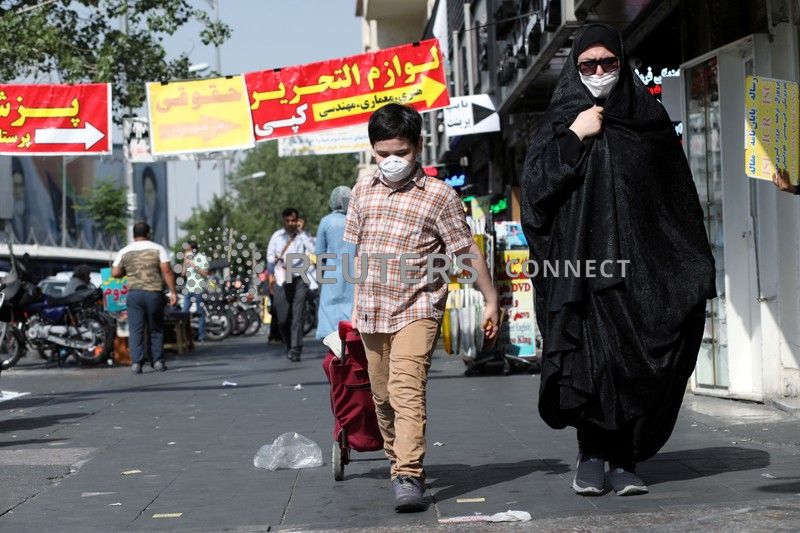 DUBAI (Reuters) – Iran shut down a newspaper on Monday after it quoted a former member of the national coronavirus taskforce as saying the country’s tolls from the epidemic could be 20 times higher than official figures, state news agency IRNA reported.

“The Jahan-e Sanat newspaper was shut down today for publishing an interview on Sunday,” the newspaper’s editor-in-chief, Mohammadreza Saadi, told IRNA.

On Sunday, the newspaper published an interview with Mohammadreza Mahboubfar, in which he said: “The figures announced by the officials on coronavirus cases and deaths account for only 5% of the country’s real tolls”.

Health Ministry spokeswoman Sima Sadat Lari rejected Mahboubfar’s remarks and said he was not a member of the National Coronavirus Combat Taskforce, according to IRNA.

It was not clear if she meant he had never been a member of the body, as claimed by the newspaper.

Mahboubfar, an epidemiologist, told the newspaper that authorities had detected the coronavirus in January, while Iran announced its first infections and two deaths from the virus on Feb. 19.

“There was no transparent flow of information…The government only provided engineered figures…over concerns about (its impact) on the election and the commemorations of the revolution anniversary,” Mahboubfar told the daily.

Reuters reported in April that authorities refrained from announcing the spread of the coronavirus in Iran out of concern that it would unsettle the public ahead of parliamentary elections on Feb. and the celebrations for the anniversary of the 1979 Islamic Revolution.

Some experts and lawmakers have doubted the accuracy of Iran’s official coronavirus tolls. A report by the Iranian parliament’s research centre in April suggested that the coronavirus tolls might be almost twice as many as those announced by the health ministry.

It said Iran’s official coronavirus figures were based only on the number of deaths in hospitals and those who had already tested positive for the coronavirus.