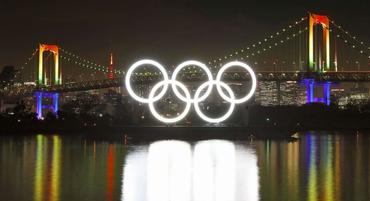 FILE PHOTO: Fireworks light up the sky near the illuminated Olympic rings at a ceremony to mark six months before the start of the 2020 Olympic Games in Tokyo, Japan in this photo taken by Kyodo January 24, 2020. Mandatory credit Kyodo/via REUTERS

The games will go on.

That’s the message from the International Olympic Committee at the start of a two-day meeting with organizers of the 2020 games in Tokyo.

“I would like to make it clear again that we are not considering a cancellation or postponement of the games. Let me make that clear,” organizing committee president Yoshiro Mori told top IOC officials in Tokyo on Thursday.

The declaration comes after Toshiro Muto, the CEO of the Tokyo Olympics committee, commented that he was “seriously worried that the spread of the infectious disease could throw cold water on the momentum toward the Games.” Muto changed his tune the next day.

Japan has at least 250 confirmed cases of coronavirus.

The summer Olympics are scheduled to begin in five months.