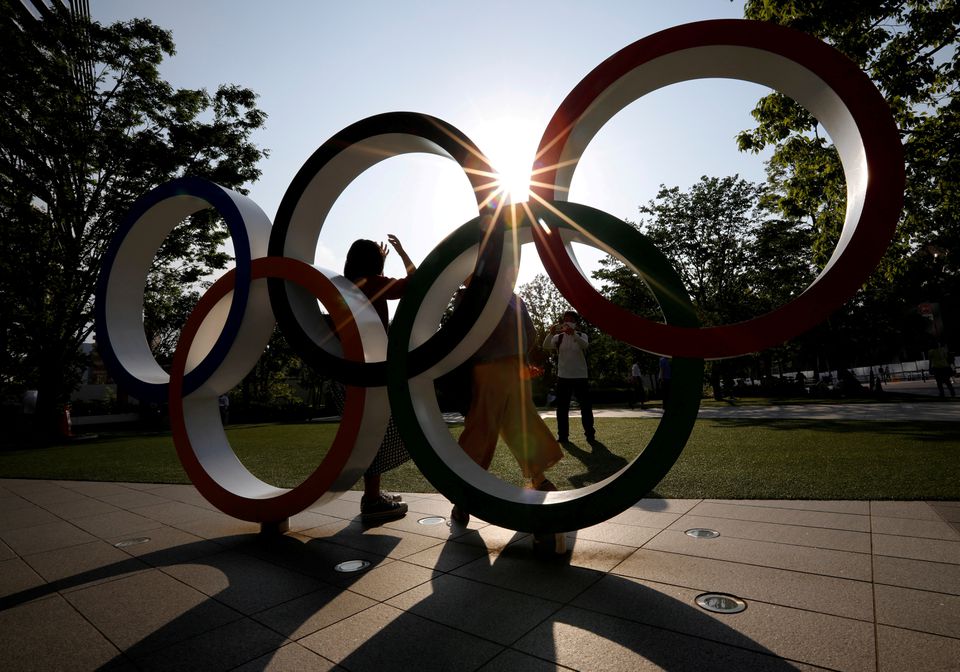 Visitors try to take photos in front of the Olympic Rings monument outside the Japan Olympic Committee (JOC) headquarters near the National Stadium, the main stadium for the 2020 Tokyo Olympic Games that have been postponed to 2021 due to the coronavirus disease (COVID-19) outbreak, in Tokyo, Japan May 30, 2021. REUTERS/Issei Kato/File Photo

Some 80 percent of athletes qualified for the Tokyo Olympics have already been vaccinated against COVID-19, with the International Olympic Committee pushing to raise that number with just over a month to go before the start of the Games.

The Japanese capital is set to host the once-postponed Tokyo 2020 Olympics from July 23, amid concerns that the global event will burden a medical system already strained by the coronavirus pandemic.

Many Japanese and medical experts oppose staging the Games saying they could trigger a new wave of infections.

“We announced 74% (of vaccinated athletes) a few days ago, we are now well over this mark,” said Olympic Games Executive Director Christophe Dubi during a virtual news conference on Wednesday.

“What we are doing now is to contact every single National Olympic Committee and athlete and see where we can help. We continue the effort until we have contacted every single one,” he said.

“We have teams reaching out to all countries making their way to Japan.”

More than 80 percent of the 10,900 athletes have already qualified for the Games.

“We are almost there,” Adams said.

Japan has been spared the widespread infections seen elsewhere, but has recorded more than 760,000 cases and more than 13,600 deaths. Tokyo and some other regions are under a state of emergency set to be lifted on June 20.

About 11% of Japanese have had at least one vaccine dose – low compared with other rich nations.

To try and reassure the public, Tokyo 2020 organisers have banned foreign visitors and said visiting athletes and media crews will be monitored via GPS for the first 14 days of their stay to ensure they do not stray from itineraries.