Investing with confidence – Rewriting a law won’t get you there 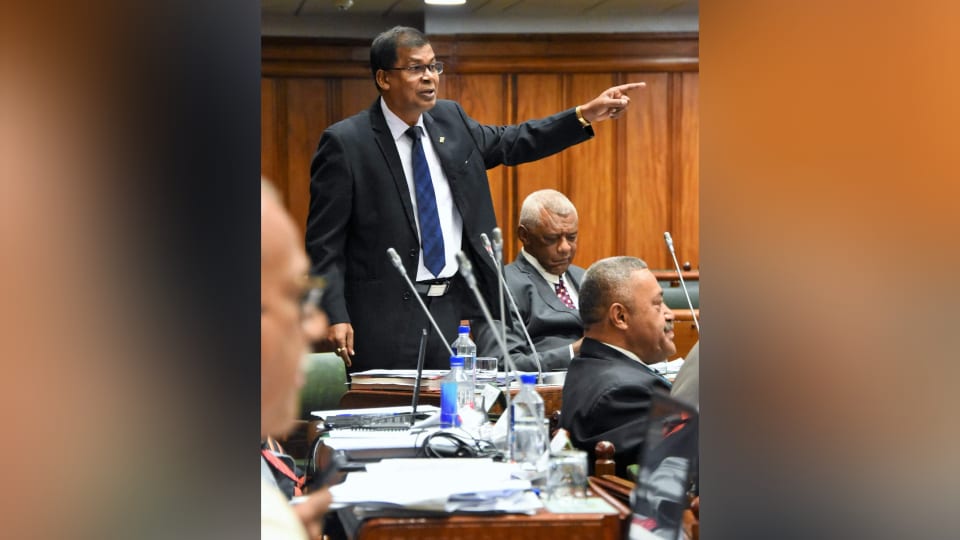 This agency used to be called the Economic Development Board. Then the Fiji Trade and Investment Board.

Then, after a few amore name changes, “Investment Fiji”.

This might be a shorter and a snappier name but if you ask the average foreign investor about the effectiveness of Investment Fiji, you will not get a positive response. And all the new Act does is set out the same things about Investment Fiji, but in fancier words. “Investment facilitation”

. “Export promotion”. “Increasing the effectiveness and efficiency of government services”.

“Capacity building” and so on. But these fancy words mean nothing if you do not deliver. So it’s business as usual – all talk, no action. And here is why.

And why is that? Last year, as the Investment Act was passed, we heard many fancy words from the Minister for Trade.

A smart government would have the draft regulations ready for the passage of the Act.

But this Government? Nothing. So Investment Fiji, the very agency being changed by this Act, just carries on under the old Foreign Investment Act – the very law that the Government says is inefficient and out of date.

And this is a perfect illustration of how this Government works. All talk and no action.

Fancy speeches but zero delivery. Because the Government is hopelessly disorganised.

It just rushes laws into and out of Parliament without consulting and without thinking, just to say they have achieved something.

Its classification report noted that foreign direct investment in Fiji has been modest, averaging about 6.9 per cent of GDP between 2014 and 2019.

This was after our first post-coup election, when we were supposed to usher in “true democracy” and good governance. And we all know what happened to that.

We have seen economic growth in the past 10 years average about 3 per cent a year.

That is poor in comparison to the high-performing countries in Fiji’s comparative income bracket.

The Economy Minister had the temerity to quote the great economist John Maynard Keynes in support of his last mini-budget.

This is like the C-grade students I used to have, who reads the half of the theory which suits them, but not the other half.

Maybe the Economy Minister should read Adam Smith, another great economist, and look at what Adam Smith said about the investment environment.

Commerce and manufacturing, he said, seldom flourish in any state in which confidence is lacking in the justice of government. Investors look at many things – rates of return, inflation, liquidity, tax benefits and country risk.

But beyond that they look at government administration, the independence of public institutions and the trust that people have in their government. And this is the most critical factor. One of the reasons why we have not had sound, sustainable investment in Fiji – good private
investment, including foreign direct investment – is because of this lack of trust and confidence.

A government which runs large deficits, whose strategy is no more than to borrow and spend, worries private investors.

Because ultimately the burden of the debt falls not only on the people but also on business.

But let me come back to this idea of trust and confidence in the Government. As economists, we understand that overall governance is very, very important in creating the right investment climate.

You can have all these laws, you can change Investment Fiji’s laws, you can make it a promotion agency, whatever – but if the wider environment is not conducive for investors, they will not come.

Investors take note when independent public institutions are put under pressure by an overbearing government.

Because they know that, one day, if they are on the wrong side of the Government, there will be no independent authorities to protect them.

As an investor you need to know that when things go wrong, you will not be subject to the whims of a vengeful, irrational government.

And no investor who looks beneath the surface and meaningless talk in Fiji can be confident of that.

Look also at immigration laws. Look at successful countries around the world, including some of the world’s most powerful and rich countries.

They have very clear rules about how immigrants can become residents, obtain an investment visa and then, over a period of time, get citizenship.

When investors decide to come to a particular country, they don’t look at it in a vacuum.

They come with their families, they come with an aspiration to live and stay and contribute positively to their new homes.

And what has this Government done? It has changed the citizenship laws twice in one year – without consultation, without even warning the people of Fiji of what they are doing.

We now require people to be here for 15 years before they could be considered for citizenship.

This includes husbands and wives of Fiji citizens, investors, and skilled people who can bring those skills to Fiji to make a difference.

Instead of gaining skilled people in Fiji, we are losing them. We have an exodus of our best and brightest leaving Fiji.

And yet we have draconian immigration laws which turn new citizens away.

So there you have it. FijiFirststyle business as usual. Talk and no action. Zero delivery. Disorganised law-making on the run.

Borrowing and spending to manufacture only modest rates of economic growth.

And add to this deeper, more fundamental problem – a system of governance that has been completely politicised, which attacks the independence of our important public institutions.

These things are not difficult things to change. They require a government to respect the rule of law, to understand that the Government is not the boss.

The Government too, is bound by the law, and by the institutions that the law has created for all of us.

This is the attitude that we require new people to bring to the next government.

And that is an attitude to which I and the National Federation Party are totally committed.