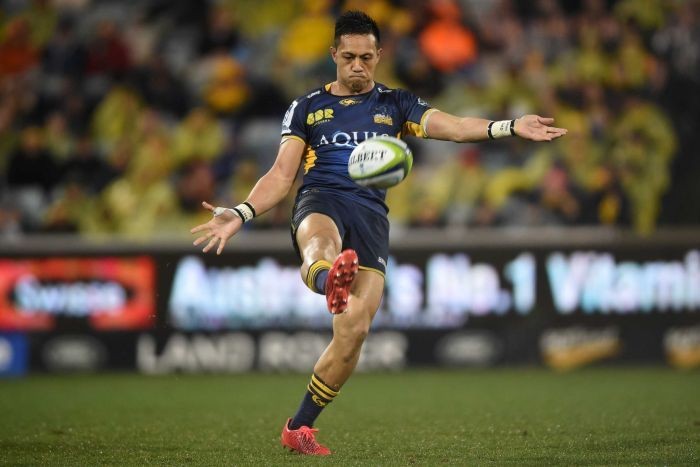 The Brumbies captain has been with the side for 12 years. Picture: Dean Lewins

BRUMBIES star Christian Lealiifano will retire from Super Rugby at the end of the season, taking up a lucrative offer to play in Japan that was “too hard to turn down”.

According to ABC News the 31-year-old’s decision to say sayonara to the club after 12 years and 148 matches came less than two years after Lealiifano returned to the sport after recovering from leukaemia.

But the captain said he had no regrets about coming back to the club he loved.

“I never thought that it was time to move on after coming back from illness, I thought it was a massive achievement,” he said.

“I’ll never regret coming back to Super Rugby and putting on the Brumbies jersey, it’s something that I’m extremely proud of, and I’ll hold the Brumbies close to my heart for a long time.

“It’s probably the biggest decision I’ve made in my rugby career, to be able to farewell my beloved Brumbies.”

Lealiifano is the third high-profile player to announce his departure from the club in recent weeks, after David Pocock confirmed he had played his last match for the team, and winger Henry Speight defected to the Queensland Reds.

Lealiifano started his career with the Brumbies in 2008, and has captained the side 46 times.