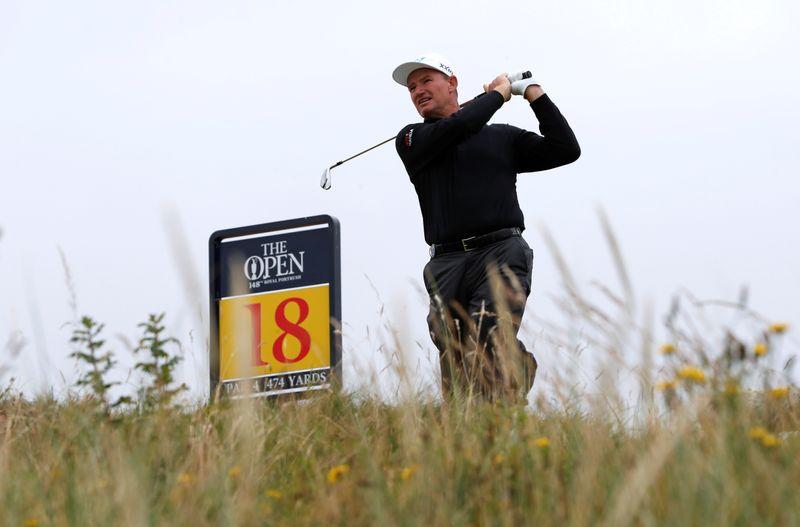 MELBOURNE (Reuters) – The Internationals edged closer to a breakthrough win over the United States at the Presidents Cup on Saturday after continuing their dominance in the fourballs to extend their lead to a commanding 9-5 at Royal Melbourne.

Tiger Woods’s team will have to dig themselves out of a huge hole in the afternoon foursomes, with the U.S. captain having elected to rest himself for a second successive session.

Ernie Els’s Internationals need just 6.5 more points to win the Cup for the first time since 1998, when it was played at the same venue.

Woods, wrapped up in a blue windbreaker while watching from the sidelines, saw two of his pairs beaten and one held in the four morning matches after the competition resumed with the Internationals leading 6.5-3.5.

Justin Thomas and Ricke Fowler withstood the International onslaught on a breezy, overcast day at the sandbelt course, as they beat an out-of-sorts Marc Leishman and Chinese debutant Li Haotong 3&2 in the first match.

Tony Finau, teamed with Matt Kuchar, rolled in a seven-foot putt on the 18th to snatch a half-point in the final match against Adam Scott and An Byeong-hun in a vital boost before the day’s second session.