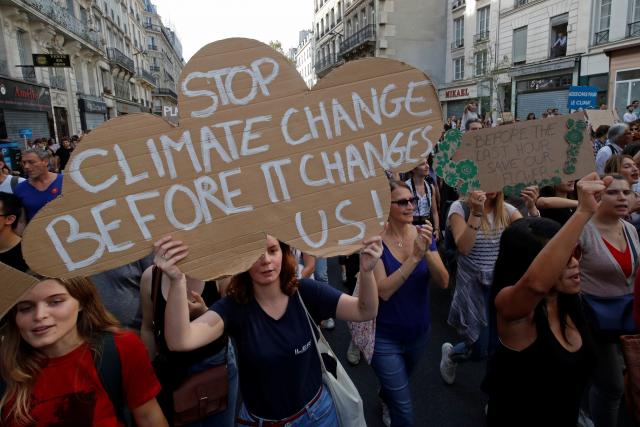 APIA, 29 OCTOBER 2018 (SAMOA OBSERVER) – Samoa’s contribution to the global carbon emission’s crisis may be small, but the “right steps” still need to be made to shift to a low carbon economy.

Speaking about the Intergovernmental Panel on Climate Change (IPCC)report released this month on the impacts of global warming above 1.5 degrees, Clarke said there is a lot of work to be done, and not just from governments.

“When President Trump withdrew from the Paris Agreement, [it] actually didn’t mean the agreement fell apart, it meant that the States stepped up,” she said.

“I think at every level in society you need business, you need regional government, you need everyone stepping up and taking responsibility.”

“Most Pacific States would say this is not of our doing but we are on the frontline… there is a really important advocacy role there.”

Going forward, Clarke said the international community must address the legal ramifications of rising sea levels and so forth, and form collective responses to the difficult questions climate change forces us to ask.

“One of [those questions] of course is when sea levels rise and actually a nation goes underwater, what happens to the legal territory of that country?”

“We need to be looking at preventing dangerous climate change but also at how we adapt to changes we can’t stop,” she said.

Clarke also posed the question of whether international law should impose nationally determined contributions (NDC’s) under the Paris Agreement, rather than leaving it to each nation to volunteer how they will help curb global warming above 1.5 degrees.

NDC’s “embody efforts by each country to reduce national emissions and adapt to the impacts of climate change,” according to the United Nations Framework Convention on Climate Change website, and  Clarke said they are decided according to a moral imperative, rather than a legal one.

“Do we get to a point where we say this is so serious, that perhaps there is a role for international law here? But of course, that’s contentious as well.”

Clarke hopes going forward, Samoa and the U.K. can work together on this shared challenge of protecting the planet. .

Isolation ends for a group in Tahiti