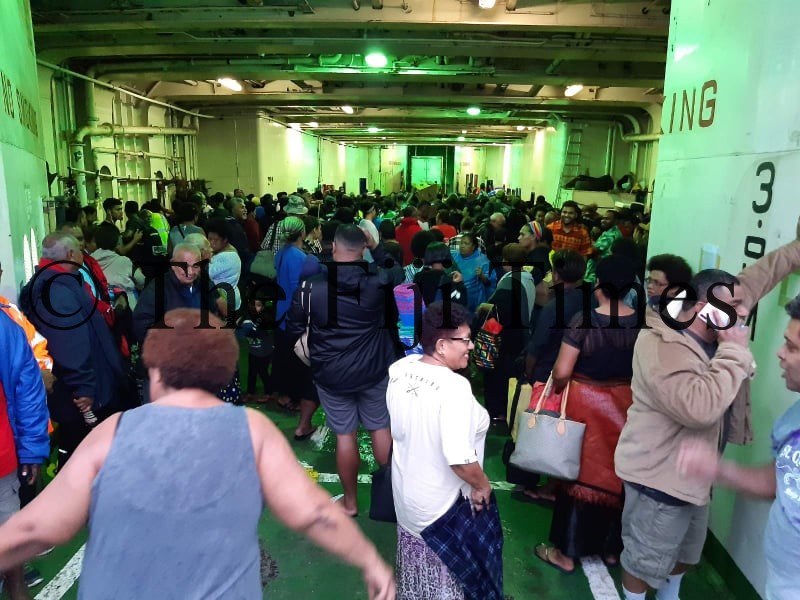 Following the Government’s decision to lift the traveling restrictions between inter-island travel from today, hundreds of people were seen queuing up without practicing physical distancing at the Narain Jetty this afternoon.

When a team from this newspaper visited the jetty, people were seen in a rush with their belongings and supplies waiting to board the Lomaiviti Princess IX, which was scheduled to depart for Vanuabalvu, Lau, this evening.

Also seen were a number of vehicles that were loaded with supplies.

People also had to brave the bad weather while standing with umbrellas and raincoats.

There were no signs of authorities present at the jetty to control the number of people and to ensure they maintained social distancing s part of the COVID-19 containment efforts in the country.