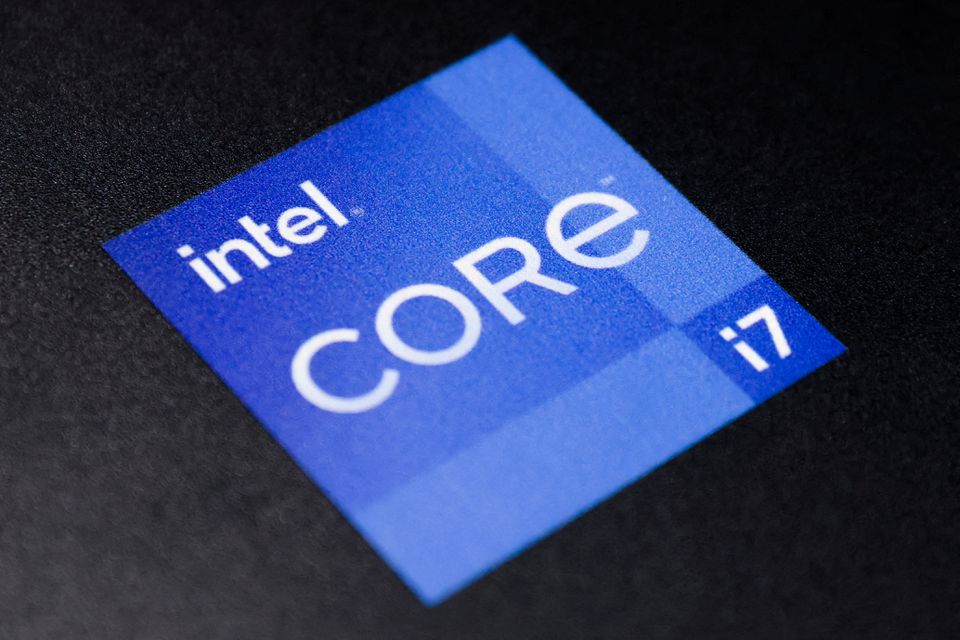 The Intel Corporation logo is seen on a display in a store in Manhattan, New York City, November 24, 2021. REUTERS/Andrew Kelly

WASHINGTON/SAN FRANCISCO, Jan 21 (Reuters) – Intel Corp said on Friday it would invest up to $100 billion to build potentially the world’s largest chip-making complex in Ohio, looking to boost capacity as a global shortage of semiconductors affects everything from smartphones to cars.

The move is part of Chief Executive Officer Pat Gelsinger’s strategy to restore Intel’s dominance in chip making and reduce America’s reliance on Asian manufacturing hubs, which have a tight hold on the market.

An initial $20 billion investment – the largest in Ohio’s history – on a 1,000-acre site in New Albany will create 3,000 jobs, Gelsinger said. That could grow to $100 billion with eight total fabrication plants and would be the largest investment on record in Ohio, he told Reuters.

Dubbed the silicon heartland, it could become “the largest semiconductor manufacturing location on the planet,” he said.

While chipmakers are scrambling to boost output, Intel’s plans for new factories will not alleviate the current supply crunch, because such complexes take years to build.

Gelsinger reiterated on Friday he expected the chip shortages to persist into 2023.

U.S. House Speaker Nancy Pelosi said on Friday the House of Representatives would soon introduce a bill on competitiveness to help bolster semiconductor investment and supply chains. That would include the $52 billion funding.

U.S. President Joe Biden touted Intel’s investment on Friday at a White House event with Gelsinger and again made the case for congressional action.

“China is doing everything it can to take over the global market so they can try to out compete the rest of us,” Biden said.