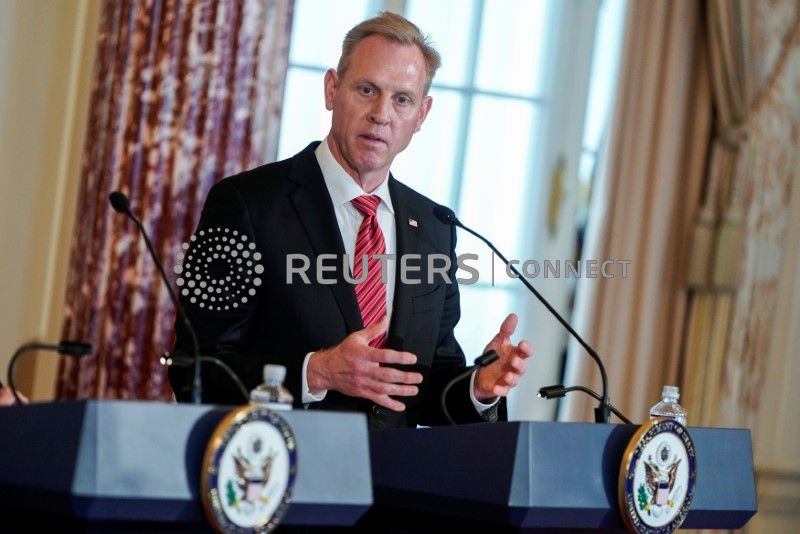 WASHINGTON (Reuters) – The U.S. Defense Department’s inspector general on Thursday concluded acting Defense Secretary Patrick Shanahan did not seek preferential treatment of Boeing Co, his former employer, while at the Pentagon. The decision potentially opens the door for U.S. President Donald Trump to formally nominate Shanahan to be defense secretary.

The inspector general started the investigation in March after a watchdog group filed a complaint alleging Shanahan promoted aerospace firm Boeing in meetings and disparaged competitors.

Shanahan, 56, who spent more than three decades at Boeing, is the longest serving acting defense secretary ever. He took over at the Pentagon in an acting capacity on Jan. 1 after Jim Mattis resigned amid policy differences with Trump.

The inspector general’s report, which was published on Thursday, said none of the allegations against Shanahan were substantiated.

“We determined that Mr. Shanahan fully complied with his ethics agreements and his ethical obligations regarding Boeing and its competitors,” it said. The report said investigators had interviewed Shanahan and 33 other witnesses, including Mattis and Vice Chairman of the Joint Chiefs of Staff General Paul Selva, and reviewed more than 5,600 unclassified documents and about 1,700 pages of classified documents.

The report said it found that while Shanahan did refer to his time at Boeing, witnesses saw it as Shanahan trying to improve management of Pentagon programs.

One of the allegations was that Shanahan criticized the F-35 aircraft made by Lockheed Martin and “repeatedly dumped” on the jet in meetings. But the report said his comments about the F-35 program were consistent with comments about problems cited by other senior Pentagon officials.

The investigation was in part based on a complaint filed by the Citizens for Responsibility and Ethics in Washington, a watchdog group, which said Shanahan had appeared to violate the ethical rules by promoting Boeing while at the Pentagon.

Officials close to Shanahan have said they believe the investigation was one of the main reasons he has not been nominated yet for the job formally.

There is growing speculation that after being cleared by the inspector general, Trump could nominate Shanahan in the coming days. If nominated, Shanahan would have to be confirmed by the Senate.