Inspections ordered on some Airbus A380s after wing cracks found 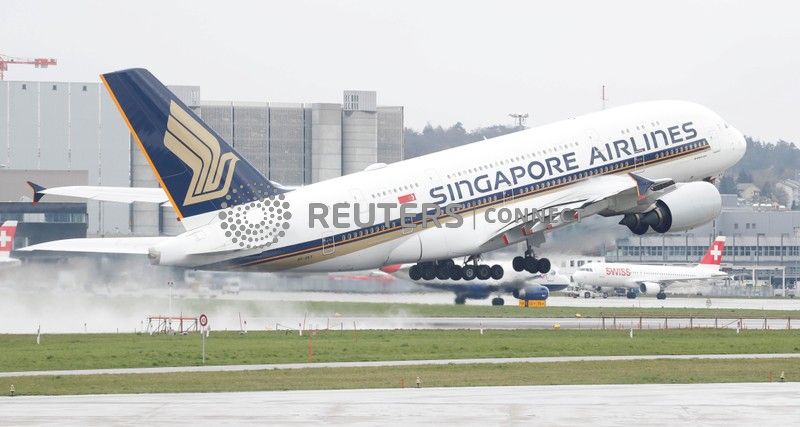 PARIS (Reuters) – European regulators have ordered inspections on some older Airbus <AIR.PA> A380 superjumbo airplanes after some cracks were detected in wings on the world’s largest passenger aircraft.

The European Aviation Safety Agency (EASA) directive, which formalises an instruction from the manufacturer itself, covers part of the outer wing on the 25 oldest aircraft, which first went into service in 2007 with Singapore Airlines <SIAL.SI>.

Airbus said the safety of the aircraft was not affected.

“We confirm that small cracks have been found on the outer rear wing spars of early production A380 aircraft. We have identified the issue and designed an inspection and repair scheme.” an Airbus spokesman said.

The repairs, which must be carried out within 15 years of the initial wing box assembly, can be carried out during scheduled heavy maintenance visits, he added.

EASA in its directive said the condition, if not detected and corrected, could reduce the structural integrity of the wing.

Emirates, the world’s largest A380 operator, has started checks on nine of its superjumbos and “so far, there has been nothing untoward in the findings,” a spokeswoman said.

Singapore Airlines is to inspect four of its A380s, while Abu Dhabi’s Etihad Airways said its A380s were newer models and not affected.

In 2012, Airbus was forced to carry out A380 inspections and devise a costly repair programme after cracks were found on part of the wings, the world’s largest for a passenger plane.