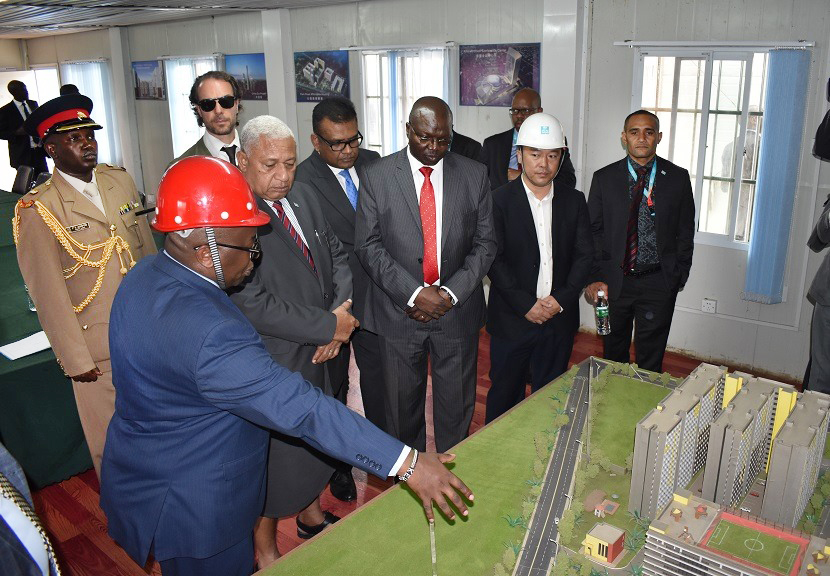 WE need to give our informal settlers a sense ownership over their communities, Prime Minister Voreqe Bainimarama told those present at the Participatory Slum Upgrading Program High-Level Networking Luncheon in Nairobi, Kenya this week.

Mr Bainimarama said no matter what label they were given, the world’s informal settlements must be approached proactively, and through a lens of human dignity, to make meaningful progress.

“We’ve built on this foundation of confidence by enabling our informal settlers with the security, tools and incentives that they need to invest in their homes and communities. To permanently put an end to temporary lifestyles, these settlers need to be active participants in the upgrading of their lives, their homes and their communities.

“We must think creatively, and never forget the same rights that are afforded to all of our citizens, and the same economic potential that lies within them.

“We recognise that we share the same goals as these informal settlers –– to mainstream them into our economy, allowing them to become bigger parts of our national life and bigger players in our national development.” The brunt of extreme weather events which have been amplified and accelerated by a changing climate, he said, were undoubtedly felt hardest by the informal settlers who, because of both a lack of resources and no real ownership, invested very little in the structural integrity of their homes.

“This temporary mindset –– and the construction that accompanies it –– leaves them particularly vulnerable to high winds, mudslides and flash flooding, as we witnessed in Fiji when Winston ravaged our shores.

“That was made clear in the wake of Winston, with widespread devastation extending to our informal settlements; flimsy homes were flattened and sheet metal siding and roofs cut through the air at hundreds of kilometres per hour, becoming a major source of damage, injury, and loss of life.”

Mr Bainimarama this gave the Fijian Government the perspective on the urgent need to deal with the problem, and the shared interest in creating safer, more regulated, and more sustainable communities that would better serve both the informal settlers and all Fijians.