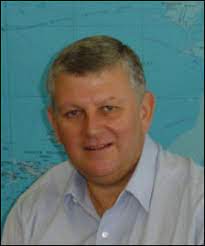 Mr Campbell has been hailed as a strong leader who managed to keep the national airline afloat after the coup of 2000 and the 9-11 terrorist attacks in 2001.

Mr Campbell was instrumental in the establishment of the Tourism Action Group in Fiji and was chairman of the Association of South Pacific Airlines between 2002-2009.

“John joined FJ in the CEO/MD role in 2001 when the Tourism industry and the airline was going through some extremely challenging times,” said Tour Managers managing director, Damend Gounder.

“Fiji Tourism needed good leadership and John came through with excellent skills in partnering with the industry in recovery programs.

“He fast became a pivotal member of the Tourism Action Group (TAG) and the tourism industry.”

Association of the South Pacific Airlines (ASPA) CEO George Faktaufon said Mr Campbell took over ASPA during one of the most challenging periods in regional aviation.

“It was in the midst of the ethnic conflict in the Solomon Islands (1998-2003), the aftermath of the military coup in Fiji in 2000, then followed by the events of 9/11 and their negative impacts on international aviation, particularly the introduction of new security measures that incurred additional costs on airlines,” he said.

The executive general manager, Fiji Link and Group Corporate, International and Government Affairs Shaenaz Voss said she began her Fiji Airways journey under the guidance of late John Campbell who had recruited her.

“He was a perfectionist.

“All who worked for him knew that John had the memory of an elephant.

“He was a very caring individual, a professional with a great of humor which made working for him enjoyable and fulfilling,” she said.

“John in an interview in 2003, well before I joined, spoke about contributing to the development of a hotel in Denarau and he followed through on this.

“That hotel is today operating as the Sofitel Resort and Spa,” she said.

Mr Campbell was accorded final rites in Sydney on July 27.