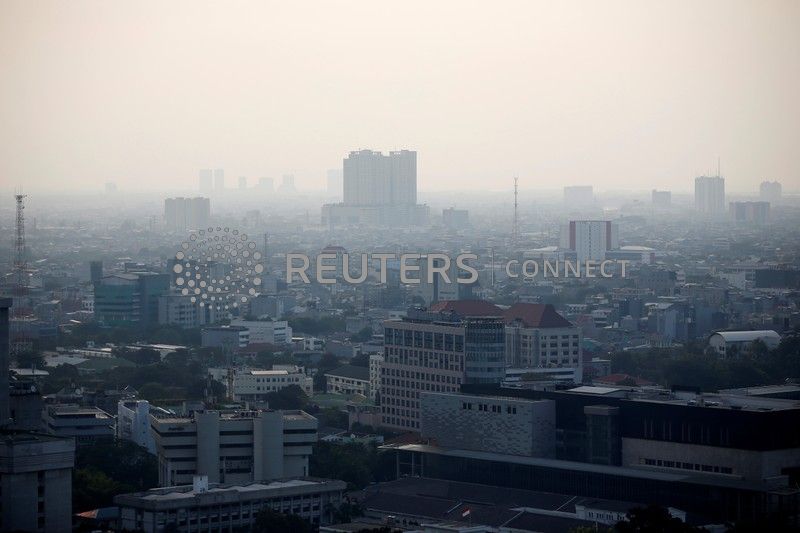 A general view of the capital city as smog covers it in Jakarta, Indonesia, July 4, 2019. REUTERS/Willy Kurniawan

JAKARTA (Reuters) – Environmental groups sued the Indonesian president and several government officials on Thursday over worsening air quality in the capital, Jakarta, one of the world’s most congested cities.

Jakarta is consistently ranked among the top 10 most polluted cities in the world, according to Air Visual, a Swiss-based group that monitors air quality.

Pollution levels in the city of over 10 million have spiked in recent weeks to nearly five times the level recommended by the U.S. Environmental Protection Agency (EPA).

“We are suing the government so they will investigate where the pollution comes from and take actions based on their findings,” climate campaigner Bondan Andriyanu told journalists at a central Jakarta district court.

Greenpeace and Jakarta Legal Aid Foundation are suing President Joko Widodo, the environment minister and home minister and three governors on Java island, including that of Jakarta.

Representatives for Widodo and Jakarta Governor Anies Baswedan were not immediately available for comment.

In recent weeks, Jakarta’s PM2.5 levels – the amount of tiny particulate matter under 2.5 micrograms found in every cubic meter of air – have reached as high as 152. Anything above 35 is considered “unhealthy” by the EPA.

Some residents have complained of respiratory problems.

“I can see so much haze at night,” said 23 year-old Cintya Ladyana who lives on the 25th floor of an apartment building in western Jakarta. “I have also caught the flu and cough.”