Indonesian investigators may need another year to probe Sriwijaya crash 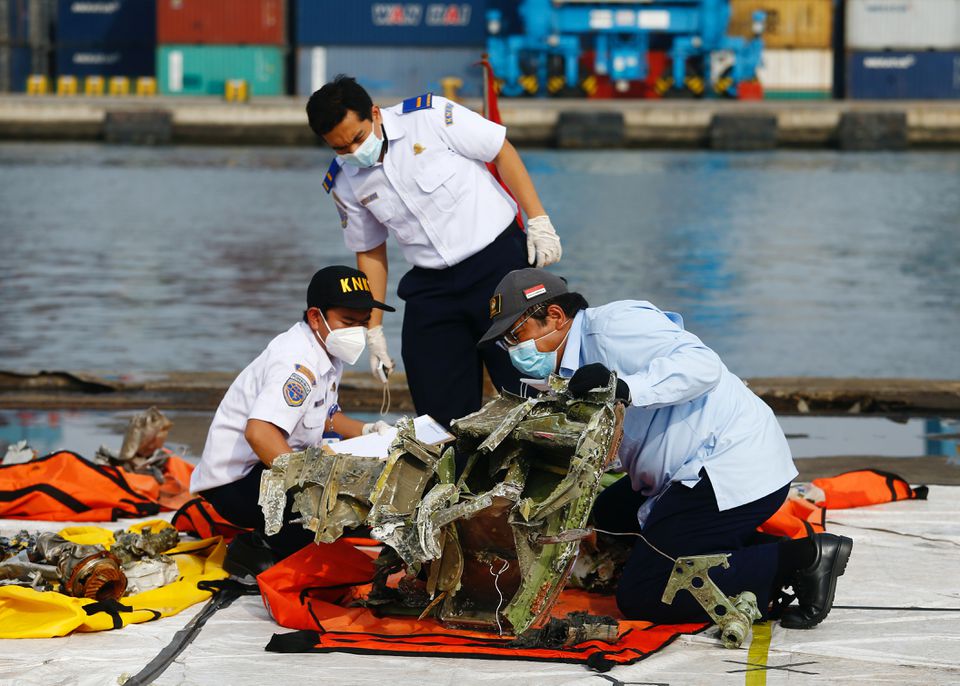 Officers of Indonesia's National Transportation Safety Committee inspect the debris of Sriwijaya Air flight SJ 182, which crashed into the Java Sea, on the last day of its search and rescue operation, at Tanjung Priok port in Jakarta, Indonesia, January 21, 2021. REUTERS/Ajeng Dinar Ulfiana

JAKARTA, Jan 13 (Reuters) – Indonesian investigators may need another year to determine the cause of last year’s crash of a Sriwijaya Air jet that killed all 62 people on board, according to an interim report released on Thursday.

Under international standards, a final report would normally be issued within a year of the Jan. 9, 2021 crash, but Indonesia’s National Transportation Safety Committee (KNKT) said the pandemic had made it harder for its team to travel.

“Because data has just been gathered, we’re compiling a final report, including an analysis and a conclusion,” KNKT investigator Nurcahyo Utomo told Reuters.

The Sriwijaya accident was Indonesia’s third major airline crash in just over six years and shone a spotlight on the country’s poor air safety record.

The 26-year-old Boeing Co (BA.N) 737-500 had an imbalance in engine thrust that eventually led the plane into a sharp roll and then a final dive into the sea, the interim report said.

That was in line with a preliminary report issued last year. read more

When the plane reached 8,150 feet (2,484 metres) after take-off from Jakarta, the left engine throttle lever moved back while the right lever stayed in its original position, the reports said, citing the flight data recorder.

There had been two prior problems reported with the autothrottle system that automatically controls engine power based on maintenance logs, but the issue was rectified four days before the crash, KNKT said last year.

The cockpit voice recorder was recovered from the Java Sea in March, after the preliminary report was released. read more

The investigation also ran tests on the ground proximity warning system and spoiler angles as well as flight control and autothrottle computers that were previously installed but removed before the accident. Two flight simulations were conducted in the United States, the report added.