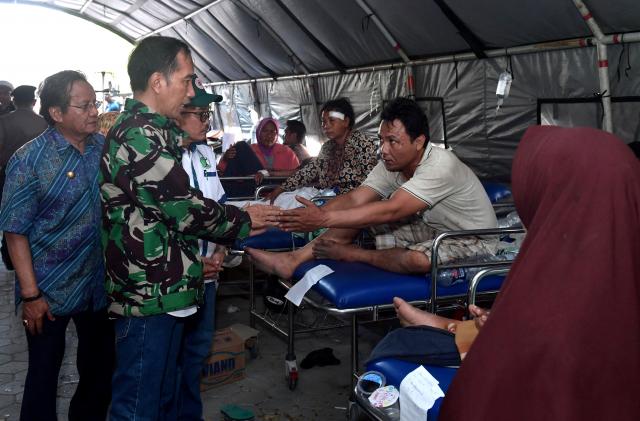 PALU, Indonesia (Reuters) – Indonesian authorities scrambled on Monday to get aid and rescue equipment into quake-hit Sulawesi island, and prepared to bury some of the at least 832 dead, while the government said it would accept international help for disaster relief.

The confirmed toll of 832 dead looked certain to rise as rescuers slowly reached devastated outlying communities hit on Friday by a 7.5 magnitude earthquake and subsequent tsunami waves as high as six meters (20 feet).

Dozens of people were reported to be trapped in the rubble of several hotels and a mall in the small city of Palu, 1,500 km (930 miles) northeast of Jakarta, with hundreds more feared buried in landslides that engulfed villages.

President Joko Widodo told reporters in Jakarta getting those people out was a priority.