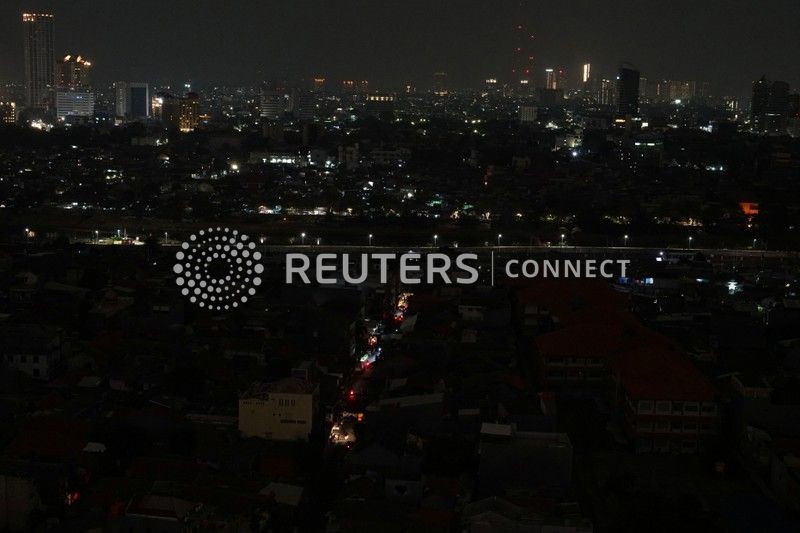 In the wake of the biggest power outage in 14 years on Sunday, Widodo demanded to know why the utility PT Perusahaan Listrik Negara (PLN) did not have a back-up plan given its history of blackouts.

“Things that can cause this big event should not happen again in the future,” Widodo told senior managers during a visit to PLN headquarters, calling for repairs to be made quickly.

Jakarta, the centre of government and business in Indonesia, suffers periodic blackouts that are usually short-lived and confined to certain areas.

The outage, the biggest since a transmission failure cut power in Java and Bali in 2005, halted Jakarta’s subway system and commuter train lines, stranding passengers.

Many parts of the city were without power for at least for nine hours, and on Monday there were still complaints on Twitter that power was yet to be restored in some areas after 30 hours.

Rida Mulyana, director general of electricity at the energy ministry, said 21 million customers were affected by the outage.

Coal-fired power plants, which supply most of the power on the heavily populated island of Java, required a “cold start” after the lengthy outage, Cahyani said.

By midday on Monday, PLN said a number of power plants had been restarted and 23 substations were operating. It did not say how many households and businesses were still without power.

PLN spokesman I Made Suprateka told Metro TV on Monday that overgrown trees had made contact with a high-voltage power line and started a fire that triggered the transmission failure.

The energy ministry’s Mulyana at a news conference in Jakarta said the claim should be investigated.

Fabby Tumiwa of the Institute for Essential Services Reform, an energy think tank, said PLN did not have enough “spinning reserves”, referring to a plant running on standby so it can connect to the grid at anytime, in west Java.

Mulyana said the plants were not in “spinning reserve” mode on Sunday in order to keep down costs. “We need to review this closely,” he told a news conference in Jakarta.

New power plants would come online in west Java that should reduce the reliance on electricity from the east, he said.

When Widodo came to office in 2014, he backed his predecessor’s ambitious programme to add 35 gigawatts of power capacity. According to the energy ministry, only about 10% of this goal had been met by mid June this year.

“All the PLN board of directors should be responsible for the losses caused by this outage,” he said.