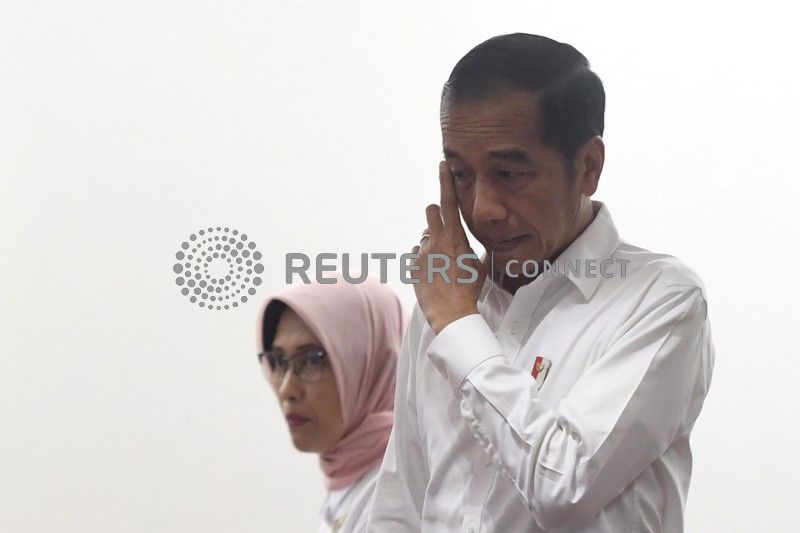 JAKARTA (Reuters) – Indonesia’s president ordered parliament on Friday to delay voting on a bill to criminalise extra-marital and gay sex, amid protests and criticism from rights groups and after major tourist market Australia warned its citizens about the plan.

The world’s most populous Muslim-majority country has substantial Christian, Hindu and Buddhist minorities but has seen a recent trend towards greater religious piety and conservative Islamic activism.

President Joko Widodo said 14 articles of the new criminal code needed further review after input from various groups and ordered his minister “to perfect” the bill before it is deliberated on by parliament. A vote had been due next week.

“I have ordered the law and human rights minister to convey this decision to parliament, to delay the confirmation of the criminal code bill,” Widodo told a televised news conference.

As well as banning sex outside marriage and same-sex relations, the revised code includes penalties for insulting the president’s dignity and a four-year jail term for abortion in the absence of a medical emergency or rape.

Andreas Harsono, senior Indonesia researcher at Human Rights Watch, described the draft criminal code as “disastrous not only for women and religious and gender minorities, but for all Indonesians”.

“Lawmakers should remove all the abusive articles before passing the law,” he added.

At a news conference, Law and Human Rights Minister Yasonna Laoly said he would follow the president’s order to clarify some clauses of the bill, although he defended it as more lenient than the current Dutch colonial-era laws.

“It’s not as if our country will arrest everybody or we wish to put millions in jail only because of cohabitation,” he said, adding it was only an offence if a parent, child or spouse filed a complaint or a village chief did so with support of a family.

But the planned revisions had spurred neighbour Australia to update its travel advice, warning citizens of risks they faced from sex outside marriage or homosexual relations in Indonesia if the new rules take effect.

Australians are among the leading visitors to the holiday island of Bali and the country’s Daily Telegraph newspaper carried a lurid headline on Friday: “Bali Sex Ban”.

On Thursday, hundreds of students staged protests outside parliament against the proposed changes to the criminal code, which even includes a three-year prison term for black magic.

As parliament’s current term ends this month, lawmakers had scrambled to wrap up debates on several bills, including new rules that activists say will strip the anti-corruption agency of its effectiveness.

Speaker Bambang Soesatyo urged factions in parliament to work on problematic articles of the proposed code and said there would be a meeting on Monday about Tuesday’s planned vote, online portal Detik.com reported.

Aceh is the only province in Indonesia to follow Islamic law and imposes public caning for crimes such as theft, gambling and adultery. In 2014, Aceh outlawed homosexuality.

But the president’s delay to the vote disappointed some conservatives. Mardani Ali Sera, a member of the Prosperous Justice Party, an Islamic opposition party, told Reuters it was “not a wise decision”.

A letter sent to Widodo in August and signed by Amin as the chairman of the Indonesian Ulama Council said if the bill is passed “your name will be written in history with golden ink”.