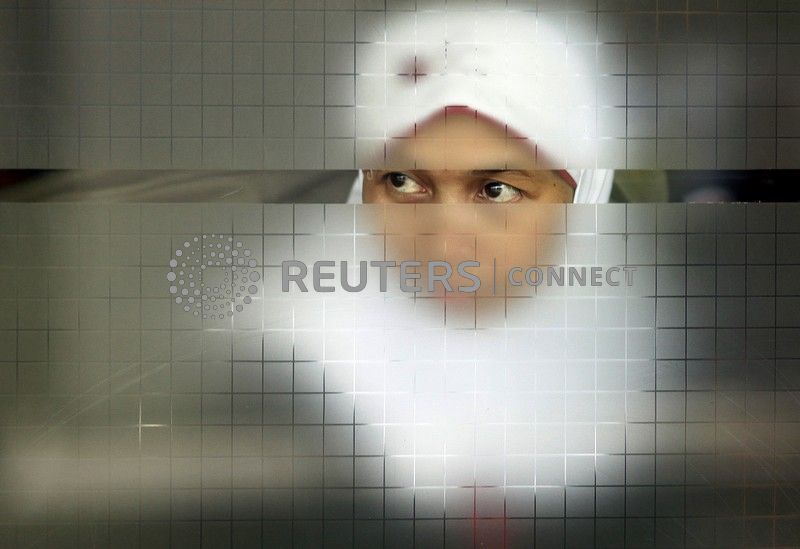 A migrant worker looks on from behind a glass door as she waits for her documents to be processed after arriving from Malaysia, at a special terminal for migrant workers in the Soekarno-Hatta airport in Jakarta October 28, 2009. Indonesian migrant workers are one of the biggest foreign exchange contributors to the country. Jumhur Hidayat, head of the National Indonesian Workers Placement and Protection Agency (BNP2TKI) said that migrant workers contributed some 100 trillion rupiah to the economy in 2008. In the last ten years, more than five million Indonesians have worked abroad, mostly in Malaysia, Hong Kong, Taiwan, Saudi Arabia and South Korea. REUTERS/Beawiharta (INDONESIA SOCIETY BUSINESS EMPLOYMENT IMAGES OF THE DAY) - GM1E5AS1NWP01