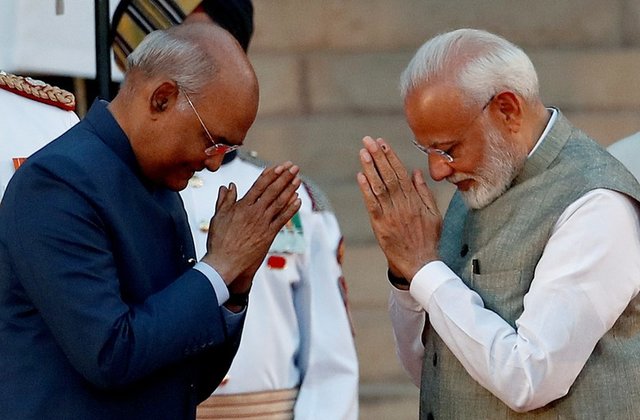 NEW DELHI (Reuters) – Indian Prime Minister Narendra Modi is set to name Amit Shah, the chief of his Hindu nationalist Bharatiya Janata Party (BJP), as the country’s new finance minister after taking his oath of office for the second time on Thursday, according to several Indian media reports.

As Modi’s right-hand man and long-time strategist, Shah would be in a powerful position to direct financial policy in Asia’s third-largest economy in his first role as a federal lawmaker.

Shah masterminded the BJP’s landslide victory in the April-May general election, but there are questions about his lack of central government experience and financial background, especially at a time of growing signs of weakness in the economy.

Modi is expected to announce his ministers’ departments on Friday, after all of them were sworn in on Thursday evening at an open-air ceremony outside the colonial-era presidential palace with some 8,000 guests including Bollywood stars and leaders of neighbors Bangladesh and Sri Lanka.

The 54-year-old Shah, among 57 new and old ministers who will join Modi in the next government, pledged to give his best to create a strong and prosperous India.

“This team is a blend of youthful energy and administrative experience,” Modi said on Twitter. “It has people who have excelled as parliamentarians and those who have had distinguished professional careers. Together, we will work for India’s progress.”

The BJP swept to victory in the general election, held over 39 days, and increased its majority in the lower house of parliament.

Shah is tipped to replace Arun Jaitley, who wrote to Modi on Wednesday asking not to be considered for a ministerial position because of health problems.

Shah would be taking over the finance portfolio at a sensitive time. He will probably need to move quickly to stimulate an economy beset by weak farm incomes, slow jobs growth and falling sales of key consumer goods including cars and motorbikes.

This week, two major industrial bodies called on the new government to take steps to bolster a growth rate that slowed to 6.6% in the three months to December – the lowest in five quarters – and is expected to have dropped further to 6.3 percent between January and March.

Several investors and traders said they did not expect Indian markets to react much if Shah’s appointment was confirmed, believing his ability to get things done would offset his lack of financial experience.

“The hallmark of this government is that there’s more PMO (prime minister’s office)-driven strategy and guidance,” said Jayesh Shroff, co-founder of investment advisory firm Cask Capital. “So, to that extent, you don’t need a proper technocrat to run the finance ministry – you need someone who can get things done.”

Others were more wary.

“We have no clue of what this guy knows or his financial knowledge,” said a trader at a private bank, who declined to be identified. “The market will take some time to understand his views.”

In the election campaign, Shah helped galvanize the BJP’s nationalist base and make up for the loss of key state elections in December. Part of his strategy included deftly exploiting national security fears.

“He’s a very hard taskmaster even as party president,” political analyst Nilanjan Mukhopadhyay said. “Very soon he acquires this ability to be one step ahead of the people who are part of his team. The finance ministry or whichever ministry he handles is going to be run with an iron fist.”

India will also have a new foreign minister, with incumbent Sushma Swaraj, who has had health issues, sitting among the audience but not on the dais with Modi’s new ministerial team.

In the federal Indian system of appointments, ministers are sworn in before their specific positions are announced.

A potential replacement for Swaraj could be former foreign secretary, S. Jaishankar, who took an oath as a cabinet minister. A former ambassador to the United States and China, Jaishankar led India’s diplomatic corps during Modi’s first term before retiring in early 2018 and subsequently joining the Tata Group conglomerate.

Many other ministers who are also senior members of the ruling coalition are expected to retain their cabinet jobs.

The BJP controls 303 of the 545 seats in the lower house, which might tempt Modi to push for controversial land and labor reforms to help stimulate the economy.