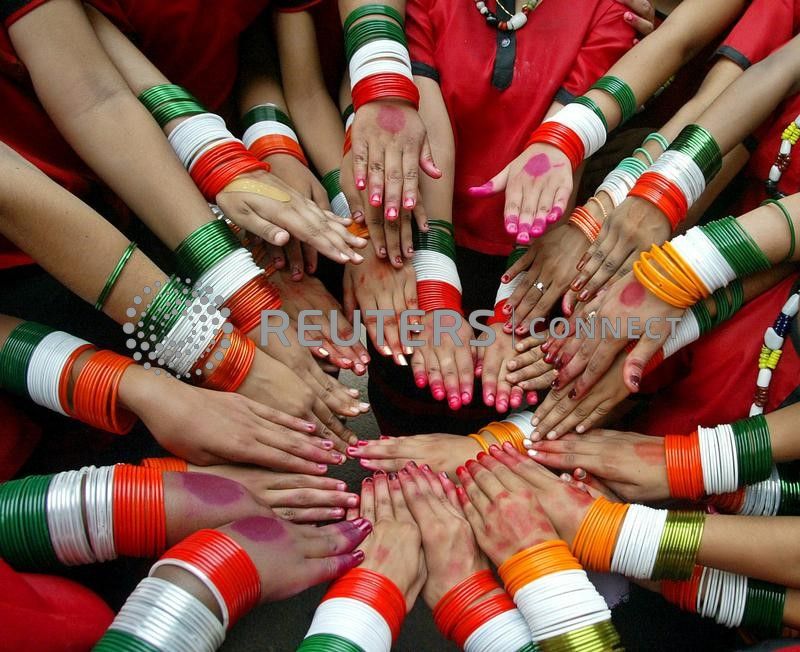 Indian girls display their bangles, painted with the colours of the Indian national flag during the 58th Independence Day celebrations in the northern Indian city of Chandigarh, August 15, 2005. Picture taken on August 15, 2005. REUTERS/Stringer

CHENNAI, India (Thomson Reuters Foundation) – An Indian schoolgirl who won a bravery award after she helped a child escape a trafficker, is to become the inspiration for a new anti-slavery campaign, officials said on Tuesday. Carolyn Malsawmtluangi, from the northeastern state of Mizoram, was honoured by the government on India’s Republic Day last week […]