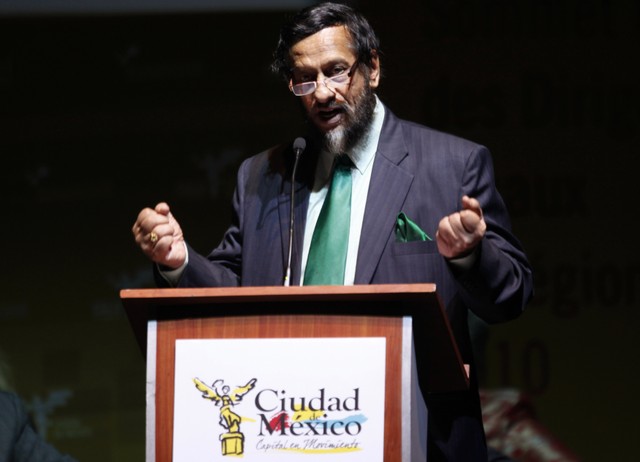 NEW DELHI (Reuters) – An Indian court has ordered the trial of sexual harassment charges against one of world’s leading climate change experts, Rajendra K. Pachauri, his lawyer said on Saturday.

The 78-year-old Pachauri, who had previously chaired the United Nation’s Intergovernmental Panel on Climate Change, had stepped down from the panel in 2015 following a sexual harassment complaint by a researcher at Pachauri’s Delhi-based The Energy and Resources Institute (TERI). (https://reut.rs/2pZRAvQ)

Pachauri denies the charges and has sought a speedy trial due to his old age, his counsel Ashish Dikshit told Reuters.

He goes on trial just as the #MeToo movement sweeps India with a large number of women accusing public figures in the media and entertainment industry of sexual misconduct. A junior government minister resigned last week after women accused him of making physical advances in hotel rooms and in the office during his previous career as a journalist.

The Delhi court has charged Pachauri under sections of the Indian Penal code including sexual harassment and outraging the modesty of a woman.

The trial begins on Jan. 4, his counsel said.