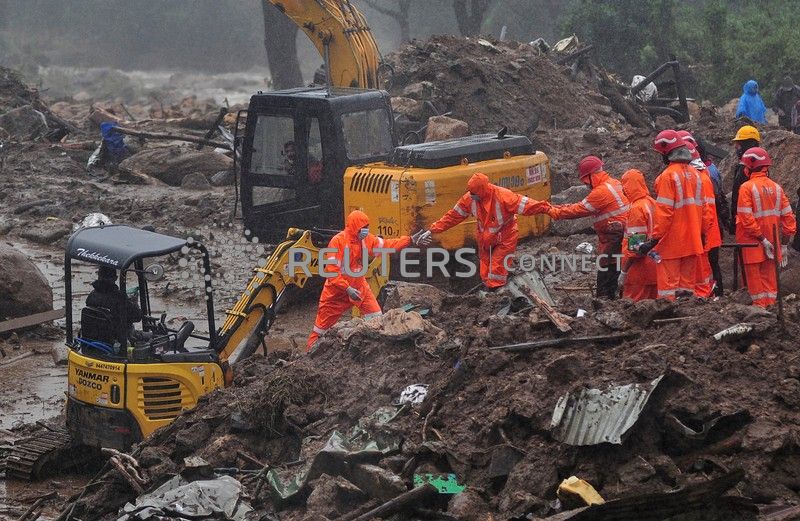 Rescue workers look for survivors at the site of a landslide during heavy rains in Idukki, Kerala, India, August 9, 2020. REUTERS/Stringer

KOCHI, India (Reuters) – The death toll from landslide at a tea plantation in the southern Indian state of Kerala rose to 43 on Sunday with nearly two dozen people feared trapped, a senior official said.

The landslide, caused by heavy rain, hit the plantation in Idduki district in the early hours of Friday when workers were still sleeping, officials said.

“We have stopped the rescue operation for the day because of the rain… The operation will continue till the last body is recovered,” Idduki district official H. Dineshan told Reuters.

The India Meteorological Department has issued alerts for heavy rainfall in several districts, including a red alert for Idduki.

In 2018, Kerala was hit by the worst floods in a century. Hundreds were killed, many of them from Idukki.