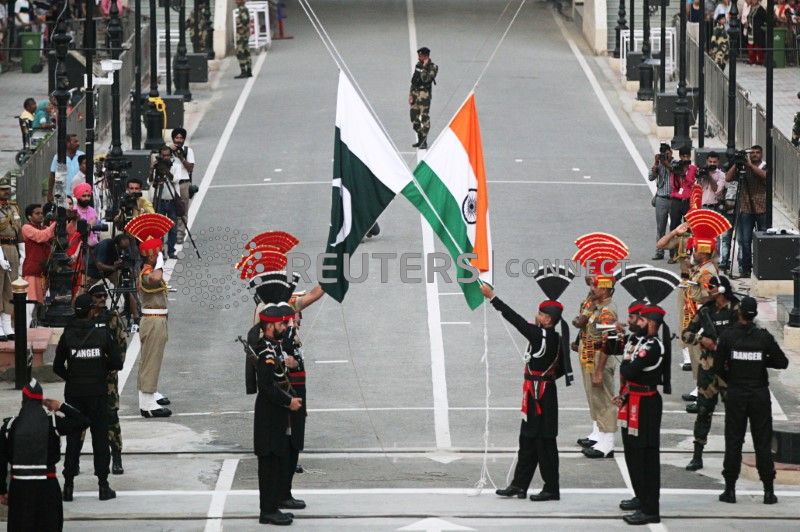 MUMBAI (Reuters) – India on Sunday expelled two officials working at the Pakistan embassy in New Delhi after they were held for espionage, the foreign ministry said in a statement.

“Two (Pakistani) officials were apprehended on Sunday by Indian law enforcement,” the ministry said, adding that the Indian government had declared them “persona non grata” for indulging in activities incompatible with their status as members of a diplomatic mission.

Both were expected to leave the country within 24 hours.

The Indian government also delivered a strong protest to the head of Pakistan’s Delhi embassy concerning the alleged espionage against Indian national security.

Pakistan’s foreign ministry condemned what it called the detention and torture of two diplomatic officials by Indian authorities.

“The Indian action has been accompanied by a negative pre-planned and orchestrated media campaign, which is a part of persistent anti-Pakistan propaganda,” the ministry said.

Indian and Pakistani troops in Kashmir were earlier this year engaged in some of the most intense cross-border fighting in at least two years.

India and Pakistan routinely accuse each other of using spies to gather intelligence through their diplomatic missions.

Last week, Indian police released a pigeon belonging to a Pakistani fisherman after an investigation found that the bird, which had flown across the contentious border between the nuclear-armed nations, was not engaged in spying.