India brings down bodies of seven climbers killed in avalanche 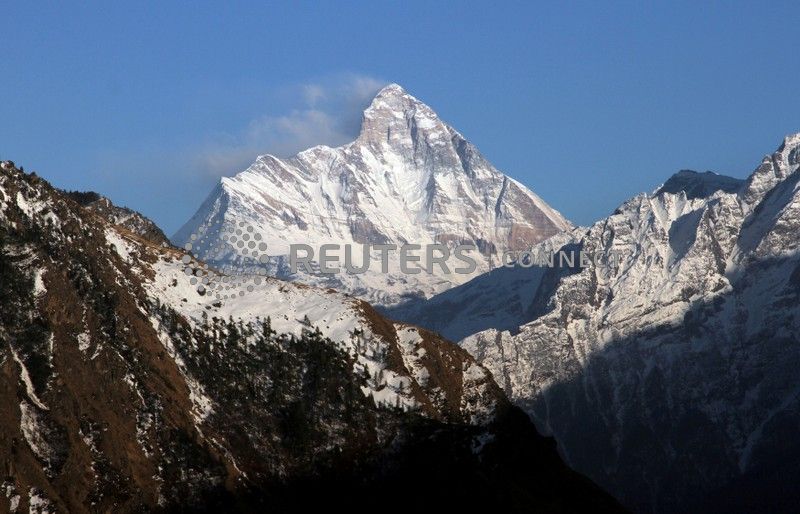 MUMBAI (Reuters) – Indian authorities on Wednesday airlifted the bodies of seven climbers killed in an avalanche near the country’s second highest mountain in May to the biggest town in the area for identification and repatriation, officials said.

Eight climbers – four from Britain, two from the United States, and one each from Australia and India – went missing on May 31 after they failed to return to their base camp near the 7,816 meter (25,643 feet) mountain, Nanda Devi.

The body of the eighth climber has not been found.

The seven were brought down in an Indian air force helicopter to the town of Pithoragarh, Vijay Kumar Jogdande, the top civil servant in the district, told Reuters.

“The mission was extremely difficult considering the weather, avalanches and the elevation of the site where the bodies were,” he said.

The search for the body of the eighth climber had been suspended due to harsh weather, Jogdande said.

Of the seven bodies airlifted from a mountainface, only two have been identified – Chetan Pandey from the Indian Mountaineering Foundation and Ruth McCance from Australia.

Authorities have contacted embassies and relatives to receive the bodies, Jogdande said.

The climbers have been identified as Martin Moran, John McLaren, Rupert Whewell and Richard Payne, all from Britain, Anthony Sudekum and Ronald Beimel from the United States, McCance from Australia, and liaison officer Pandey from the Indian Mountaineering Foundation.

Nanda Devi and its sister mountain, Nanda Devi East, are among the world’s most challenging peaks and only a handful of people have climbed them.

This climbing season in the Himalayas has been one of the deadliest for several years.

More than 20 people have been killed including at least 11 on Mount Everest, the world’s highest peak, in Nepal, due to bad weather conditions, inexperienced climbers and overcrowding.