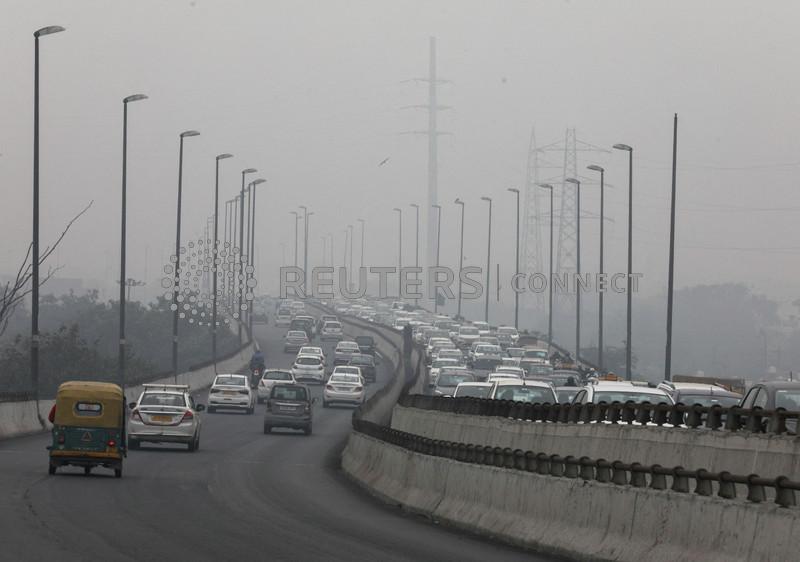 FILE PHOTO: Vehicles are seen on a highway on a smoggy morning in New Delhi, India, December 2, 2021. REUTERS/Anushree Fadnavis/File Photo

On Wednesday, the Indian federal cabinet approved the new national emissions pledges, known as Nationally Determined Contributions (NDCs). Prime Minister Narendra Modi announced these goals last year at United Nations climate talks in Glasgow, but they had not been formalized.

The new NDC will commit India to reducing the emissions intensity of its GDP by 45% from its 2005 level in the next 7 years – a 10% increase over its previous 2016 pledge.

India will also aim to meet half of its energy demands from renewable sources, such as solar and wind, by 2030. This, too, is a boost over its previous target of 40%, which the government said it had achieved in December 2021.

“The ambition shown by India is the role expected from all developed countries that have so far worked only to shift the responsibility of Greenhouse gas reductions on developing countries,” he told Reuters.

Under the 2015 U.N. Paris Agreement, parties are required to update their long-term climate goals every five years and are urged to show greater ambition as the impacts of climate change worsen.

“The decision on enhanced NDCs demonstrates India’s commitment at the highest level for decoupling of economic growth from greenhouse gas emissions,” a government statement said.

The updated NDC will now be submitted to the United Nations Framework Convention on Climate Change (UNFCCC).

India, which falls only behind China and the United States in emissions, is the last of the world’s five largest emitters to produce new targets.

The government has also said it will aim for net zero emissions by 2070 – 20 years later than what climate scientists say is needed.

India was condemned at the 2021 U.N. climate summit for its attempts to water down language on reducing reliance on coal.