Increase in prizemoney at IDC 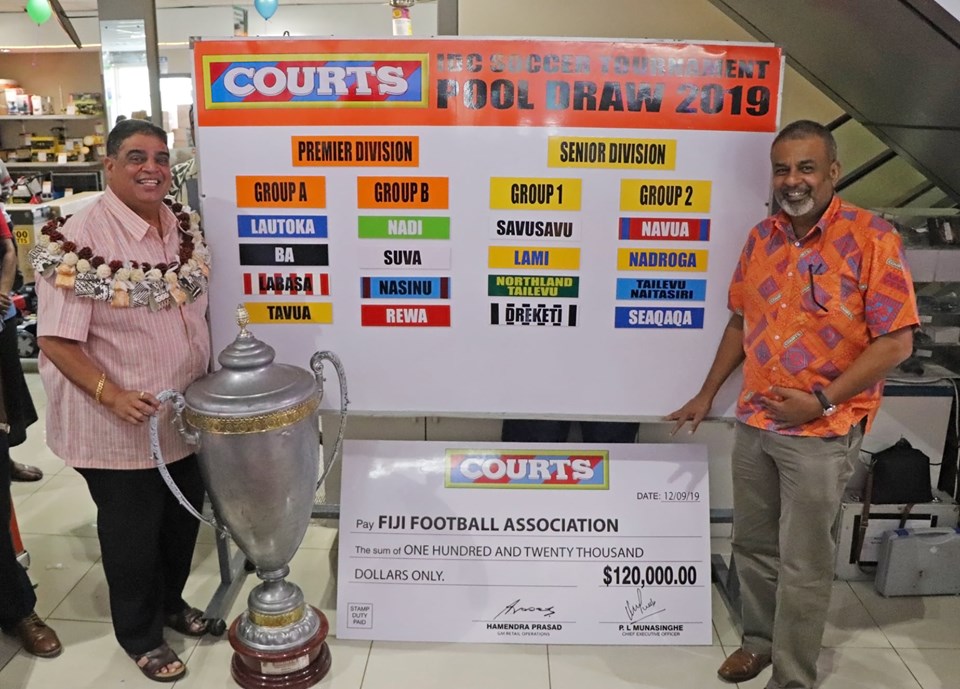 There will be an increase in prizemoney at the IDC. Picture: SUPPLIED.

FIJI Football Association president Rajesh Patel has announced an increase in the prizemoney of the Courts Inter-District Championship 2019.

During his address at the pool draws last week, Patel confirmed the winner will walk away with $25,000 with the coveted silverware.

“To the participating teams, we have increased prizemoney and this year the winner will get $25,000.

“In this way, they (premier teams) have to really fight for it.

“And at the same time, Courts will also get a lot of mileage from it as it is the biggest tournament and the biggest prizemoney tournament of the year.”

In the senior division, the winner will walk away with $7,500, runner up gets $2,500 while the losing semifinalists will receive $500 each.