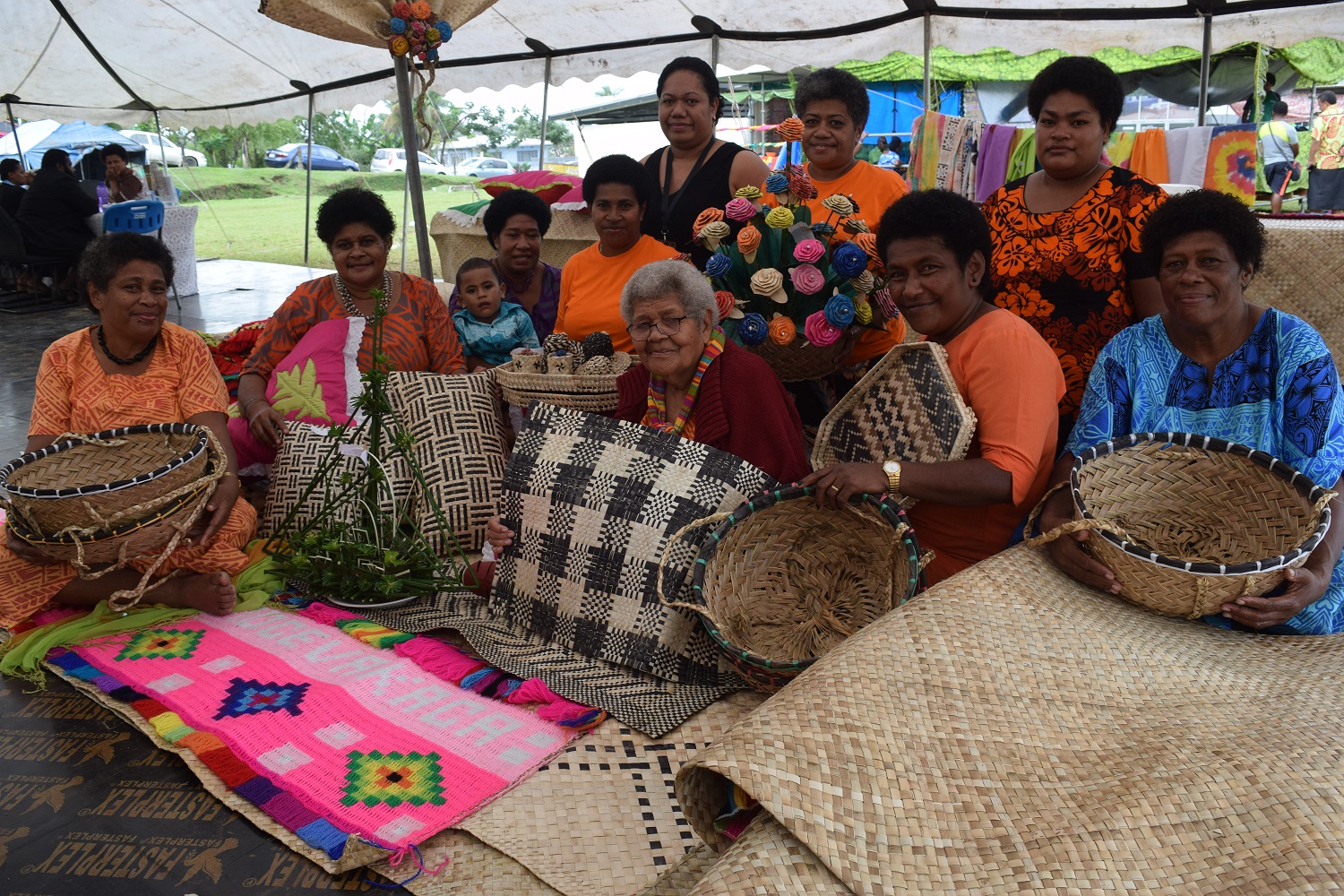 Women of the dictrict of Vanuaso with their craft work during the Vanuaso Day in Suva on Thursday, June 27, 2019. Picture: SOPHIE RALULU

FOR the first time ever, the Vanuaso Day, which began yesterday in Suva, will attempt to raise $35,000 for the provincial levies of villagers within the Vanuaso district in Lomaiviti.

Apart from raising funds, the event’s spokesman Asivorosi Tora said, the event was more focused on getting the people of the district together.

Mr Tora said they had initially raised $10,000 for their provincial levy, adding that the district was assigned to raise $45,000.

“The fundraising is secondary, but the most important feature of the event is getting our people together during the next two days. It is good to see our people uniting for a common purpose and the theme of this year’s event is ‘Go Green Vanuaso’.

“We have chosen this theme to encourage healthy living among our kinsmen and we have even invited personnel from the Health Ministry to carry out tests and create awareness to our people.

“The district of Vanuaso is inviting the people of Suva to come in and donate towards the worthy cause and at the same time take advantage of native Vanuaso food and handicrafts that will be on sale tomorrow (today) and on Saturday at the ground at Shalimar St in Raiwasa.”

Villagers of Vanuaso, Lamiti, Nacavanadi, Lekanai and Malawai living in Suva, including those who travelled from Gau in Lomaiviti were out in numbers to support the effort.

Unplanned power outage in parts of the Central Division