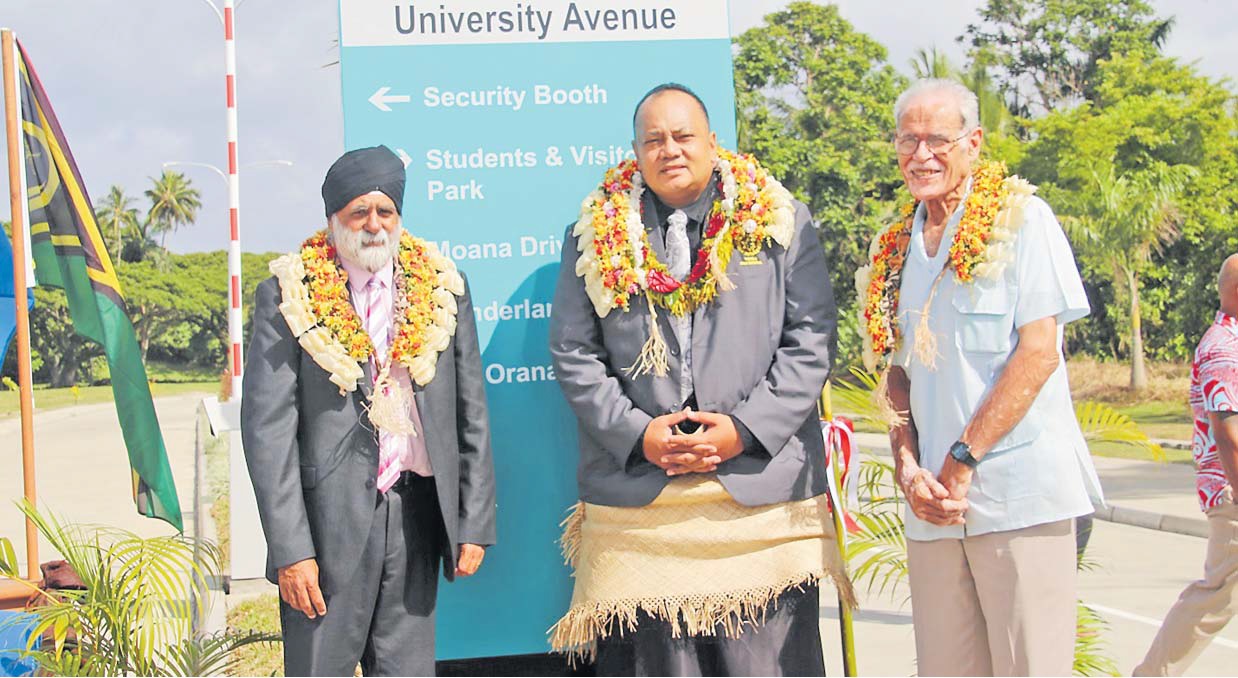 We all breathed a sigh of relief a month ago when the saga at USP appeared over and good governance and common sense had prevailed.

But now, instead of respecting the council’s decision to move on to allow the university to carry out its core mandate of quality education to our people, the Fiji Government has raised the stakes by withholding money to fund of the education of our young people.

There is one basic question that the Fiji Government and all the people of Fiji should answer: In whose interest is it for the Government to withhold funding to the biggest and oldest tertiary learning institution in the region? Is it in the interest of good governance?

The Minister for the Economy states this as the reason for withdrawing funding.

The majority of the USP Council and many of us who have been following this saga agree that good governance is at the heart of the matter.

But the difference between us and the Government is — lack of good governance by whom?

Only an independent person will answer the credibility question, not the minister nor the council.

An independent auditor has confirmed the poor governance in the past. So, it makes sense that all parties should embrace that initial position.

Most of the council members have done so. But only the Fiji Government has not conceded the lack of good governance of the previous administration.

Why? According to the independent audit, poor governance at USP has been going on for a long time.

It took the new vice-chancellor to reveal this to the council.

We would think that all right-thinking people should rally behind the vice-chancellor. But the Fiji Government decided not to do so.

Instead they tried to shoot the messenger.

They appointed someone to investigate the messenger instead. Lo and behold, that appointee accused the messenger of bad governance!

When those accusations were rightly thrown out by the council, the Fiji Government has now removed its funding from USP.

This is the modus operandi of this Government. If they wish to hide something, they will go for the messenger.

In my view, this is exactly what is happening here. It is becoming very clear to us that the minister is using good governance as a smoke screen.

The question then becomes: What is the real issue that the Government is hiding?

This issue must be very important to the Government to risk the education of our youths in the region and Fiji’s historical and close relations with our Pacific neighbours.

I can at least tell you that they are not defending good governance.

I truly believe that the Government is protecting something sinister. As usual, they are using personal arrogance, self-importance and power as their weapons to protect whatever they are hiding.

The Economy Minister is basically saying to the council, “I will tell you what to do – if you don’t, I will do a ‘Trump’, and pull the financial rug from under your feet, irrespective of the consequences”.

Is the action by the Government in the interest of Fiji? I don’t think it is. Government will sacrifice anything to get its way.

Clearly, it is prepared to sacrifice the education of our children. Is it in the interest of the region? The Pacific Way of consultation and respect define the region.

Our regional relationship is not used to the dictatorial and adversarial stance taken by the Government since 2006.

Many will remember the attempt by the Fiji Government to split the Pacific Islands Forum by setting up a competing organisation.

That competitor is now languishing in nowhere land with only the ego and pride of this Government and $2 million of our taxpayers’ money keeping it afloat.

This is not the first time that Fiji has thumbed its noses at our Pacific neighbours.

It will not be taken lightly by the Pacific leaders.

Fiji is hosting the next leaders’ meeting of the Pacifi c Islands Forum.

Our position as a regional leader is no longer tenable.

The Government has clearly signaled that it does not regard members of the region as  its equals — which is exactly what it has accused Australia and New Zealand of doing.

This action by the Fiji Government must not be seen in isolation.

It is consistent with many things it has done and continues to do not only in Fiji but in the South Pacific region.

The Fiji Government is playing politics in everything it does. It is using the national budget as a political tool irrespective of our mounting debt.

It has worsened the impact of the pandemic by giving money to the rich.

It is playing politics in this USP case by protecting its own people. Where will this end?

This government has not learnt anything at all since the huge reduction in its votes in  the last elections. It continues to be insensitive to the wishes of the people.

It is becoming very clear that this government is only for its own interest. Its arrogance and lack of respect goes against the fabric of our country and will be its downfall.

I urge the students and our people to petition the PM to overturn this unilateral decision  by his Economy Minister.

He must do so in the interest of our children.

The question then becomes: What is the real issue that Fiji Government is hiding?

This issue must be very important to them to risk the education of our youths in the region and the historical and close relations with our Pacific neighbours.

I can at least tell you that they are not defending good governance.