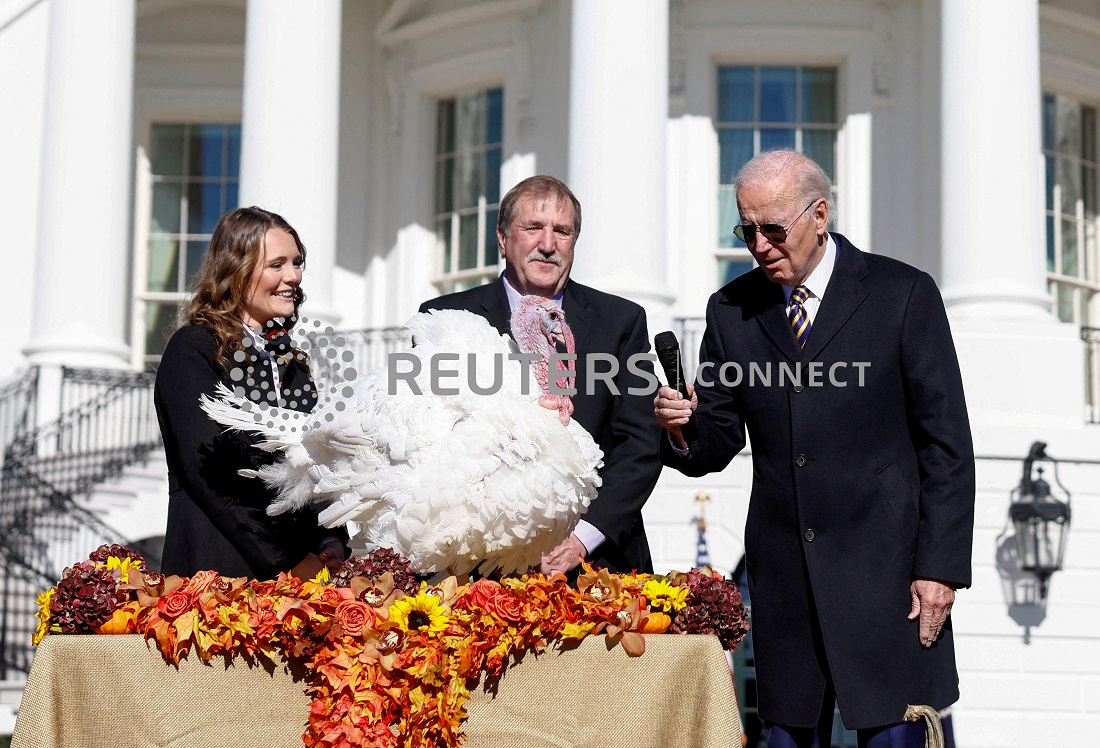 In return, the pair of enormous turkeys gobbled their appreciation in the latest installment of the smile-inducing tradition at the White House to kick off the holiday season.

With November temperatures providing a chill in the air on the South Lawn, Biden said he did not want to have a long event because “nobody likes it when their turkey gets cold.”

The U.S. military band got the crowd in the mood for the event by playing a version of the Lynyrd Skynyrd song “Freebird” ahead of the pardon. From the balcony of the White House behind Biden, his German shepherd Commander observed and barked loudly.

Millions of turkeys will be roasted in Thanksgiving ovens on Thursday across the country and drenched in gravy, accompanied by a variety of side dishes from potatoes to green bean casserole.

But Chocolate, weighing in at 46 pounds, and Chip, at 47 pounds, will live out their lives in their home state, at North Carolina State University. The White House turkey pardon is a tradition that dates back decades.

Biden made note of midterm congressional elections on Nov. 8 in which Democrats held on to control of the U.S. Senate and lost the House of Representatives by a handful of votes to Republicans, denying the opposition party of an overwhelming “red wave.”

“The votes are in. They’ve been counted and verified. There’s no ballot stuffing. There’s no ‘fowl’ play,” he quipped. The only “red wave,” Biden said, will be if Commander knocks over the cranberry sauce.