In Mexico’s cradle of corn, climate change leaves its mark 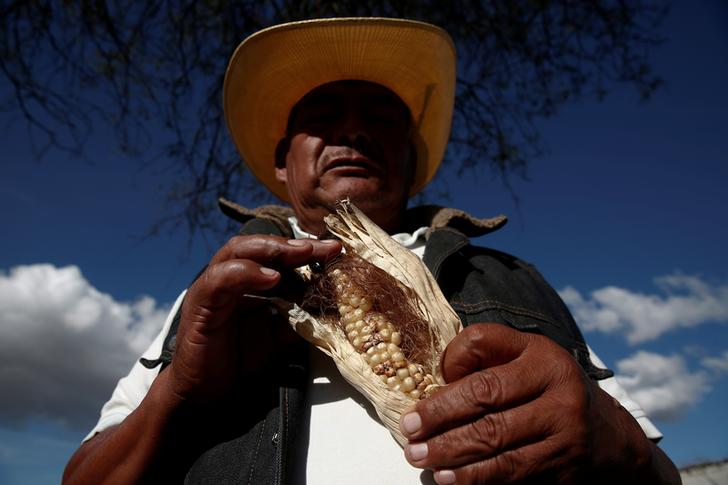 TEHUACAN, Mexico (Reuters) – At least 9,000 years ago, humans began domesticating corn for the first time near Tehuacan, in the central Mexican state of Puebla, laying the foundation for permanent settlements in the Americas.

But in the past few years, more frequent and longer droughts have forced many farmers in the area to give up corn and other cereals in favor of alternatives requiring less water such as pistachio nuts or cactus.

Agricultural experts predict parts of Mexico will feel the effects of climate change more than many countries, not least because its location between two oceans and straddling the Tropic of Cancer expose it to weather volatility.

Sol Ortiz, director of the agriculture ministry’s climate change group noted that 75% of Mexico’s soil is already considered too dry to cultivate crops. In regions such as Tehuacan, temperatures may rise more than the global average.

“We know there are areas where the increase is going to be greater. That will obviously affect rain patterns, and in turn, agriculture and food security,” Ortiz said.

The area under corn cultivation in Tehuacan decreased 18% to about 40,000 hectares between 2015 and last year, a Reuters calculation using statistics by the agriculture ministry shows, outstripping a nationwide decline.

In the five years before that, the area planted with corn had been slowly increasing in Tehuacan.