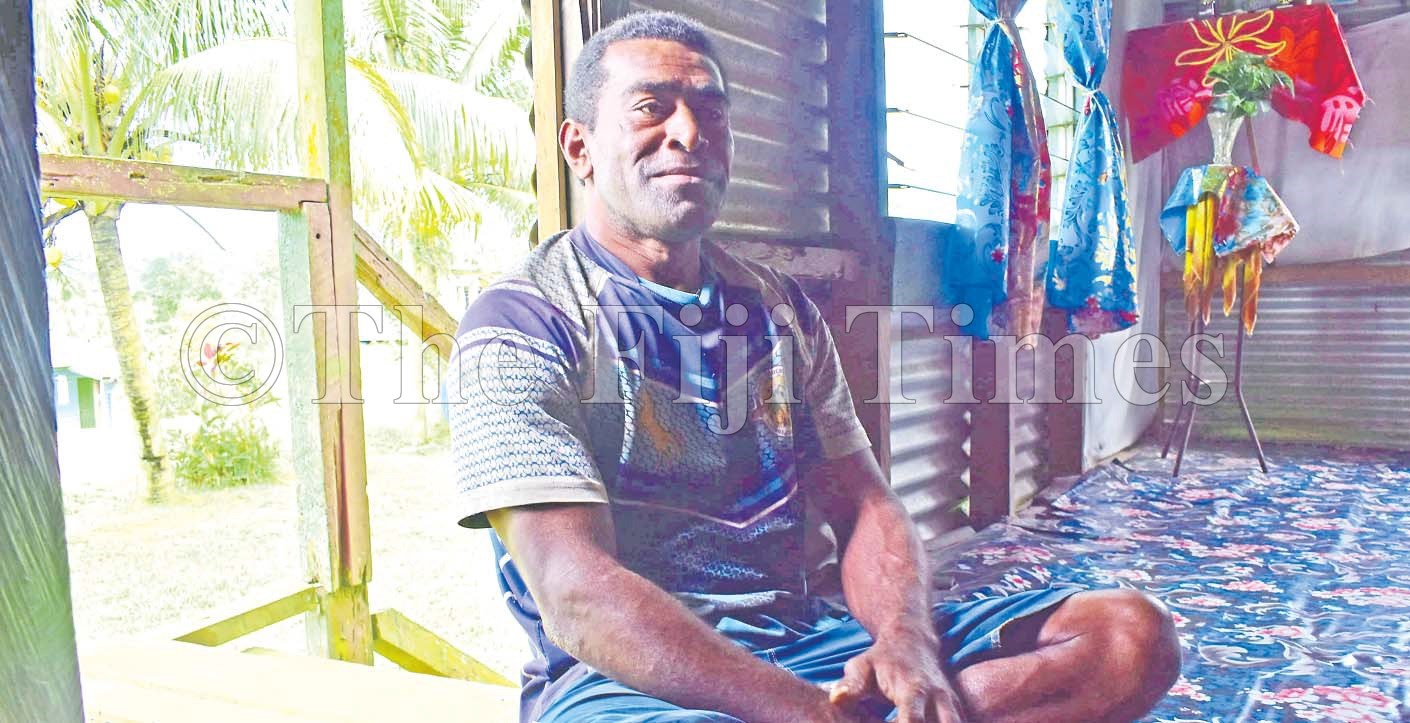 Saini Liku Mataca’s last words to her husband Ruveni Beniyamino Mataca was for him to remarry once she was gone.

Ms Mataca made him promise to find a woman who would take care of their children before she succumbed to breast cancer in 2016.

Many a tale has been shared this month of the pain and suffering endured by women in their battle with the dreaded disease.

Today’s story is about Mr Mataca, a man who stood by his wife and held her hand throughout her ordeal.

Mr Mataca said he took the vows he made, when he wed his wife almost 20 years ago, very seriously. Throughout her eight-year cancer journey, he cared and catered to her every need.

“She began having problems with her breast from when our first child was born 17 years ago,” the 42-year-old Vanuakula villager said.

“Saini was only able to express milk from her left breast, her right breast had begun giving her problems from the birth of our first child.

“In 2008, two months after our fourth child was born, my wife’s right breast became a bit hard and she kept complaining that it was painful.

“At first, we thought it was a boil but when I took her to the Colonial War Memorial Hospital, the doctor said she had breast cancer and they told her to have an operation, which she refused.

“I asked her to reconsider but she said she was afraid of having the operation and she wanted to go back to the village.

“We returned to the village and told her aunt the sad news and she said she would try to get Saini some Fijian medicine.”

Mr Mataca said they tried all the traditional iTaukei medicine from Korovou Village, just opposite Vanuakula, to Wainimala and Nabua but nothing worked.

He said downhearted and dispirited, they went back to Korovou because Ms Mataca’s breast started to get worse.

Mr Mataca said their youngest son kept on feeding from her left breast and he told his wife that he would take care of her as best as he could.

He said many prayer groups prayed over her but her health continued to deteriorate.

“People won’t know how challenging breast cancer is until the day they have to stay by their partner and do what is required to get her through the day.

“Every day I cleaned her breast, washed it and applied a dressing.

“My son still fed on the left breast for almost four years during her ordeal.”

In 2016, when Saini’s health deteriorated to the stage that he could not care for her at home, Mr Mataca took her to the hospital. “She was in so much pain and after just one week, she passed away.

“Her last wish and the words she said to me on her hospital bed was that when our youngest child turned eight, that I should get married again.

“I made her that promise and looked after our four children.

“After eight years, when our youngest son was in Year 3, I got married again to a girl from Ra.”

More than 1100 new cancer cases are reported in Fiji every year and about 700 people die from the dreaded disease annually.

Of the 1100 new cancer cases, more than 50 per cent are women diagnosed with breast cancer.