In East Hartford, a new effort to help workers left behind 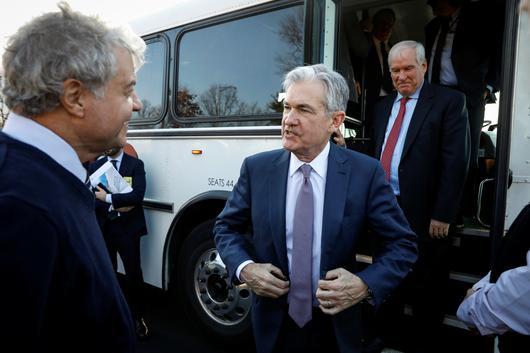 EAST HARTFORD, Conn (Reuters) – For the first time in a while, Diomedes Dilone is earning enough money that he can afford to take the weekends off.

Until February, Dilone was waking up at 3 a.m. to drive for Uber, but the money wasn’t enough to cover his bills. The Navy veteran and married father of two would split his shift between the morning and afternoon so that he could shuttle other workers to and from their office jobs. He supplemented his earnings with savings, food stamps and Medicaid.

Then his wife brought home a flyer about a new training program. After two months learning about jet engines and manufacturing, he landed a $35-an-hour job as a quality inspector for aerospace heavyweight Pratt & Whitney.

The 37-year-old is an example of a common theme Federal Reserve Chair Jerome Powell has encountered in his travels across the country: Eleven years after the financial crisis, large pockets of American workers are only now starting to feel the benefits of the longest economic expansion in U.S. history.

Yes, more people overall are working. The number of people with part-time jobs who want to work full time is now back to pre-recession levels. The share of prime-age workers, ages 25 to 54, who are either working or looking for work is rising.

The U.S. Labor Department on Friday reported the jobless rate edged down to 3.5% in November, the lowest in 50 years.

For many workers, though, the national headlines about low unemployment do not match their reality of working multiple low-wage jobs, coupled with a patchwork of state and federal benefits, to pay the bills.

Still, there are signs that optimism is beginning to spread. The number of discouraged workers, or people who had given up hope of finding a job, fell to 325,000 in November, nearly 30% lower than a year earlier and a 12-year low.