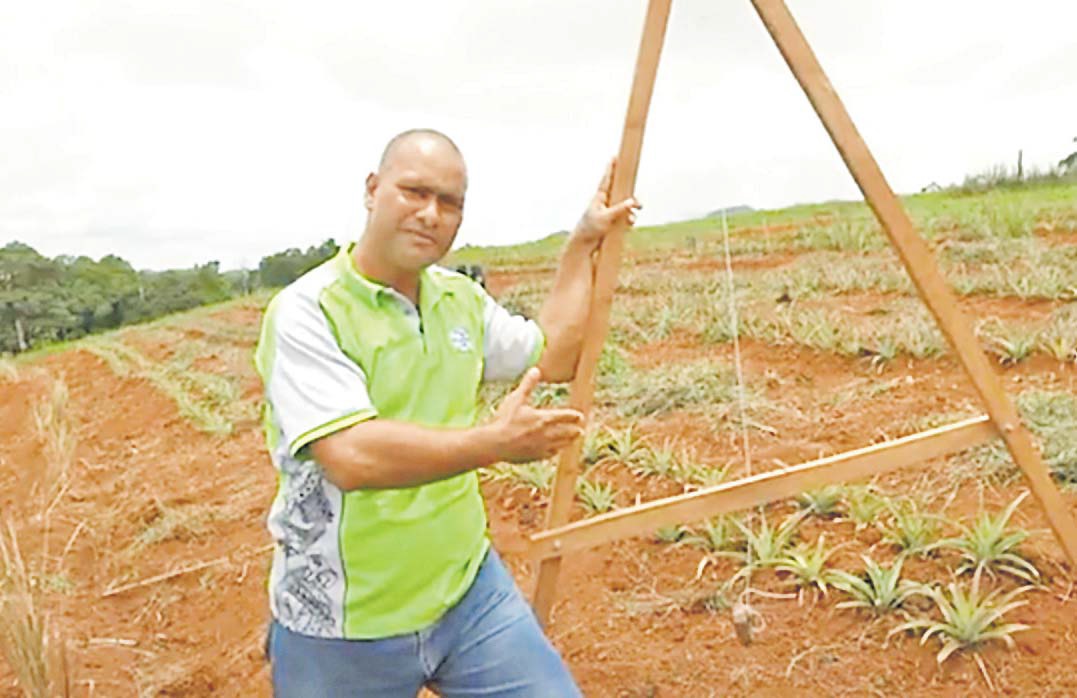 It is the responsibility of virtually everyone in Fiji to ensure all appropriate measures and practices for controlling soil erosion and conservation are followed and embraced fully to maintain soil fertility in order to maximise crop production and minimise damage to our natural environment.

Every year hundreds or perhaps thousands of tonnes of fertile top soils are eroded through neglect and/or bad agricultural practices and development projects without the use of correct soil conservation measures.

As a result of this negligence the rich top soils from upper catchment areas and the rich flood plains end up as silt deposits in the deltas of the major rivers in Fiji such as the Rewa, Ba, Navua and Sigatoka rivers in Viti Levu and the Qawa river in Vanua Levu as a consequence of soil erosion and floods.

On the flip side of the coin the Government is spending millions of dollars annually to do dredging on these major rivers as well as carrying out drainage maintenance works to remove the silts that choke the drainage systems and the major rivers to avoid flooding problems causing damage to crops, livestock, human and property.

If the correct soil conservation measures were followed and practiced, then this major maintenance cost would be very less indeed and the country would greatly benefit economically.

In my personal view this cost is a waste of money simply because after the next major flood the drains, rivers and the river deltas will again be silted up and the cycle of maintenance works will be repeated.

We need to find a far reaching solution to minimise this unnecessary cost. I will further discuss on some possible measures that could help to alleviate the problem and save unnecessary costs in this front later on.

Agriculture provides jobs for thousands of people all across Fiji in both the main islands as well as the outer islands.

Agriculture provides food security to more than 800,000 people in Fiji as well as to the visitors to our shores.

Agriculture used to be and still is the backbone of the economies to a larger extent. But the world is changing and industries are facing a lot of new challenges.

The global population is increasing and specialists predict an estimated population of around nine billion in the next thirty years.

As a matter of fact, agricultural land is shrinking to development that is brought about through industrialisation.

In reality, we have lost hundreds of thousands of productive prime fertile arable land to development.

Extreme weather such as cyclones, hurricanes, floods tsunamis, and drought are becoming the norm and the frequency of its occurrence is being triggered by climate change protecting our soil, water, air and wildlife resources means a healthy production and is sustainable production which ultimately means protecting our future.

About one hundred years ago when the US and many countries of the world were faced with an acute crisis facing the agriculture sector in regards to soil erosion and conservation issues as it had drastic effects on crop yields a young scientist by the name of Hugh Hammond Bennett was given the task of finding solutions to resolve the problem that was affecting millions of people not only in the US but all over the world.

The US Department of Agriculture released a book saying that “The soil is one indestructible asset that the nation posses. It is one of the resources that cannot be exhausted and cannot be used up”.

Bennet was surprised that so much costly misinformation could be released to millions of people all  over the world.

When the US Department of Agriculture recognised the urgent need to look for a realistic solution to the problem and recognised soil erosion as an epidemic problem Bennett was approached and he jumped at the opportunity and worked tirelessly over the years by setting up programs and projects that were based on research to find measures and correct soil conservation practices to minimise losses  and maximise crop yields.

He did this successfully dedicating all his time and efforts with experts from all relevant fields to work on experiments that worked with nature and not against nature.

Bennett realised that how we treat the soil will determine the productivity and the US Department  of Agriculture had adopted Bennett’s work and principles.

In 1939, President Franklin Delano Roosevelt stressed the importance of soil conservation service  and said as quoted.

In 1944, the famous quote of Bennett resonated across the whole world as quoted below: “If we are bold in our thinking, courageous in accepting new ideas and willing to work with nature instead of against our land we shall find in conservation farming in avenues to the greatest in the world has ever known.”

Bennett 1944 (US Department of Agriculture)
Bennett served as Chief of the Soil Conservation Service until his  retirement in 1951.

He was regarded as the father of soil conservation.

Many countries across the world started to embark on forming and formulating their own policies and for their soil conservation units and legislations based on the principles of the US Department of Agriculture. This included Fiji.

Understanding the problem
It is important for a lay person to get a good grip and understanding of the basic knowledge in simple terms for soil erosion and conservation.

We can only grow food on the top soil of the land and this is only 25 per cent of the entire area of the world’s surface including the nonproductive desert and marginal regions including ice.

And the rest of the area is covered by vast oceans.

Our administration is a very strong advocate of pollution control for keeping our shores within and in the marine environment that surrounds our nation with a clean fauna and flora that is protected from unwanted pests and diseases, and has strongly expressed its stand and policy on climate change issues on the global front.

We need to be very clear on the concept that we can only grow our food on the top soil which is the most productive for crop yields.

Soil erosion is one of the major environmental problem in today’s world.

Soil is the uppermost layer of the earth’s surface.

Soil is formed from rock finely ground into powder, water, air and a variety of mineral particles and organic matter.

Soil formation is a weathering process over a very long period of time.

The fertility of soil has decreased significantly mainly because of soil erosion.

The natural removal of soil by water or wind movement is soil erosion.

The disappearance of topmost layers of soil and the large ditches on the ground are the signs of soil erosion.

These signs are very prevalent and can easily be seen across the Fiji group of islands in both the hilly as well as the flat lands.

The most common factors that causes soil erosion are water and wind.

During rain the soil particles are detached and carried away by the running water and water flowing
through ground carry soil with it.

Floods are another cause of soil erosion. Wind causes soil erosion by picking up soil particles and carrying it away.

Soil erosion is a naturally occurring process but is aggravated greatly by human actions. Soil erosion by human activities are as follows:
1. Deforestation;
2. Improper or excess amount of farming practices;

3. Overuse of chemical fertilizers;
4. Housing construction and development;
5. Mining; and
6. Overgrazing by livestock.

Soil erosion lead to breakdown of soil and soil structure.

Decrease in soil fertility results in decrease in quantity and quality of the crop.

Soil conservation
There are many ways to prevent soil erosion and some of these are:

1. Planting as many trees as possible or growing crops using contours or terraces on gentle slopes.
2. Controlling overgrazing of land by animals also controls soil erosion.
3. Building dams and water catchment structures in the upper catchment areas also assist in controlling soil erosion significantly.
4. Modern techniques of farming should be practiced. Different types of crops should be grown i.e. crop rotation. Different types of crops should be grown on alternative rows on the same land
5. Having well informed agricultural extension workers to deliver effective advisory services to the farming communities to practice soil conservation practices and measures to be implemented.

What can we do to save our nation from a great economic loss that has come about through our own neglect and activities in both the urban and rural areas across Fiji.

Sadly, it is a fact that all the classes of land in both the urban and rural areas that have been subjected to development and farming have not adhered adequately to control soil erosion and apply conservation
methods.

Conclusion:
Fertility losses through soil erosion and development is a major economic concern.

The relevant authorities need to be vigilant asour soils are being depleted of its fertility through soil erosion and growers are unnecessarily spending huge sums of money on farm inputs.

The government is also spending millions of dollars every year to carry out dredging and drainage maintenances works to mitigate floods our nation is going through an acute soil erosion epidemic and
the economic loss to the nation is great and climate change is a big factor contributing to this.

We need to have a thorough understanding of the real problems facing land conservation and improvement share new ideas and practice them accordingly.