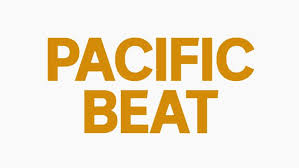 MELBOURNE, 06 DECEMBER 2019 (PACIFIC BEAT) — When we talk about the effects of rising sea levels on the Pacific islands, most often we consider that human impact, but experts warn that they could also threaten the size of the waters that Pacific island countries control too.

That’s because maritime boundaries are normally pegged to isolated shards of land — islands, atolls, reefs and rocks which barely poke above sea level.

There are worries rising seas could swamp some of these markers.

So the race is now on to determine the area of ocean each Pacific nation controls, and legally fix them in place before climate change wreaks havoc on existing boundaries.

This was discussed as part of a side event at the climate change summit underway in Spain, COP 25, and which has a special focus on oceans this year.

Cameron Diver, the Deputy Director-General at the Pacific Community (SPC) was part of the discussions.

“If we lose those features [islands and atolls], it may lead to a decrease in the maritime zones…it’s very important and it’s part of the Pacific leader’s priorities to say, we want the baselines that are established today, to remain in place, notwithstanding the possible future effects of climate change on these geographic features,” he told Pacific Beat from Madrid.

“What it really means, is the large ocean states will lose some of the sovereign rights they have over part of that ocean…that’s something that’s incredibly important given the resources on which Pacific islands rely”.

He doesn’t expect the issue will be part of this year’s COP25 negotiations but he says they held the side event, “to shine a light” on the issue, to influence future negotiations.