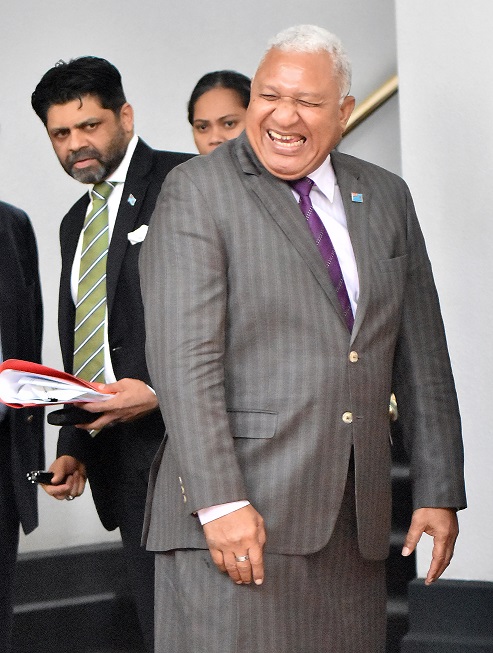 THE Department of Immigration will be issuing the new state-of-the-art passports later this month.

This was confirmed by the Prime Minister, Voreqe Bainimarama in Parliament.

He reiterated that Fiji’s passports were still entirely compliant with the International Civil Aviation Organisation standards and every Fijian who holds a passport could continue to use that passport until its listed date of expiry.

Mr Bainimarama said the Fijian Government had ended its contract with Oberthur Technologies known as IDEMIA — a company based outside Australia that had been printing Fijian passports from 2011.

“But after a comprehensive global search, we enlisted a new supplier in March of this year, a German company named Muhlbauer Mozambique Lda Services.

“When I say e-passports I do not mean that passports are going entirely online, we are still talking about physical passport books and these books simply come equipped with a new range of security features.”

He added that for the first time ever, the Department of Immigration will be introducing official passports in accordance with Section 9(a) of the Passport Act 2002 and as per the Act, official passports will be issued to members of the disciplined forces travelling on peacekeeping duties.