IMF finds reason behind slow down of Fijian economy 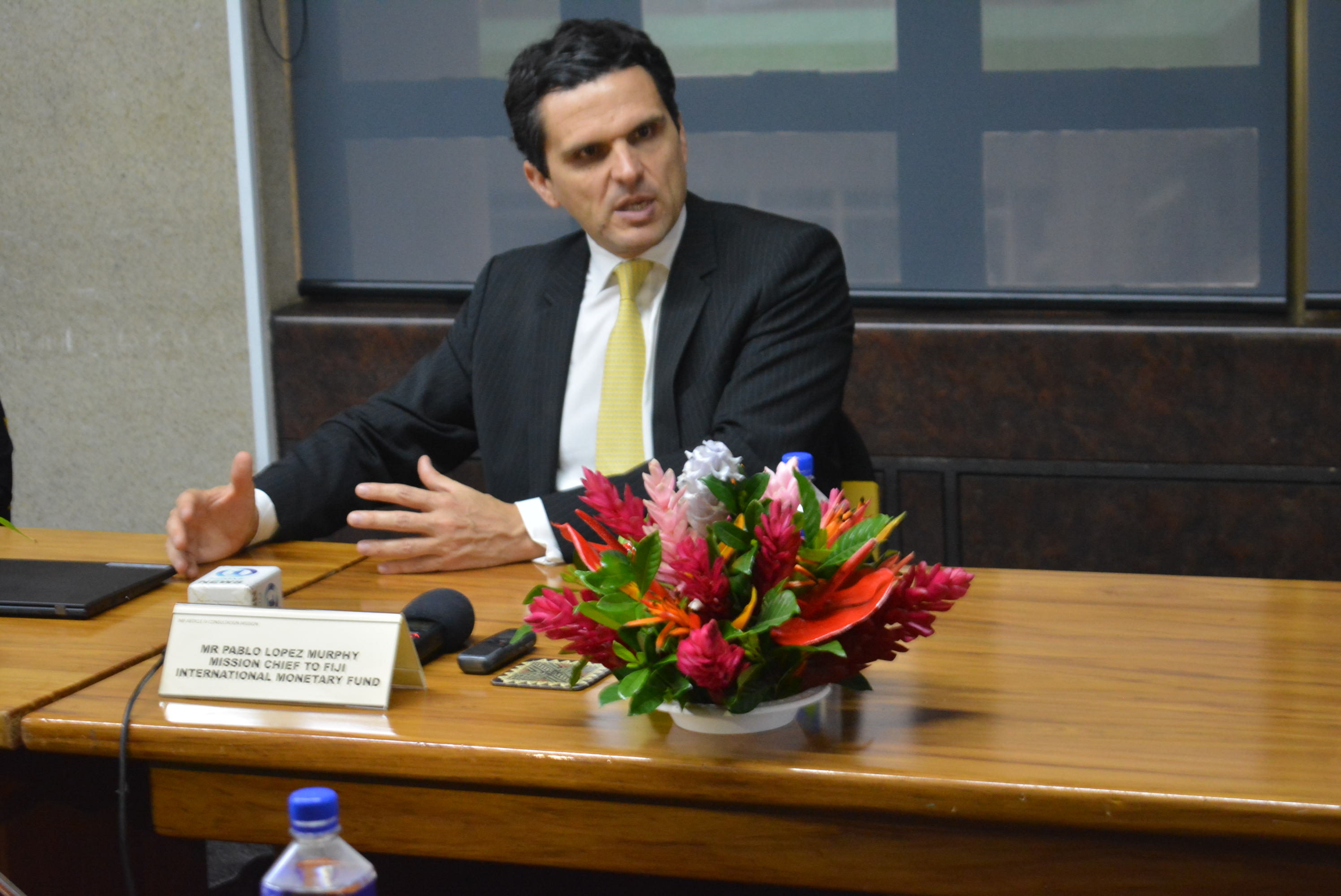 International Monetary Fund, mission chief to Fiji, Pablo Lopez Murphy at a press conference on the conclusion of the discussions of 2019 Article IV in Suva today. Picture: ABISHEK CHAND

FIJI’S economy has slowed down because lower government spending, tighter financial conditions, weak confidence, and the global slowdown have weighed on economic activity.

This was one of the preliminary findings following the conclusion of the International Monetary Fund’s (IMF) consultation on the 2019 Article IV.

The IMF mission chief to Fiji, Pablo Lopez Murphy, said in a statement that the Fijian economy had experienced relatively high growth from 2017 to 2018 at the time of rising external and fiscal imbalances.

“Growth is expected to reach about 1 per cent in 2019, underpinned by resilient tourism and remittances.

“GDP growth should pick up gradually as the private sector regains dynamism. Inflation pressures are subdued.”

According to a statement, the IMF stated that a key priority was to rebuild fiscal buffers in a growth-friendly way.

This is to create space to respond to future natural disasters and to maintain public debt sustainable.

The Fund also stated improving the business environment and strengthening governance was warranted to mobilise the private sector, increase competitiveness, as well as lift GDP growth as policy support unwinds.