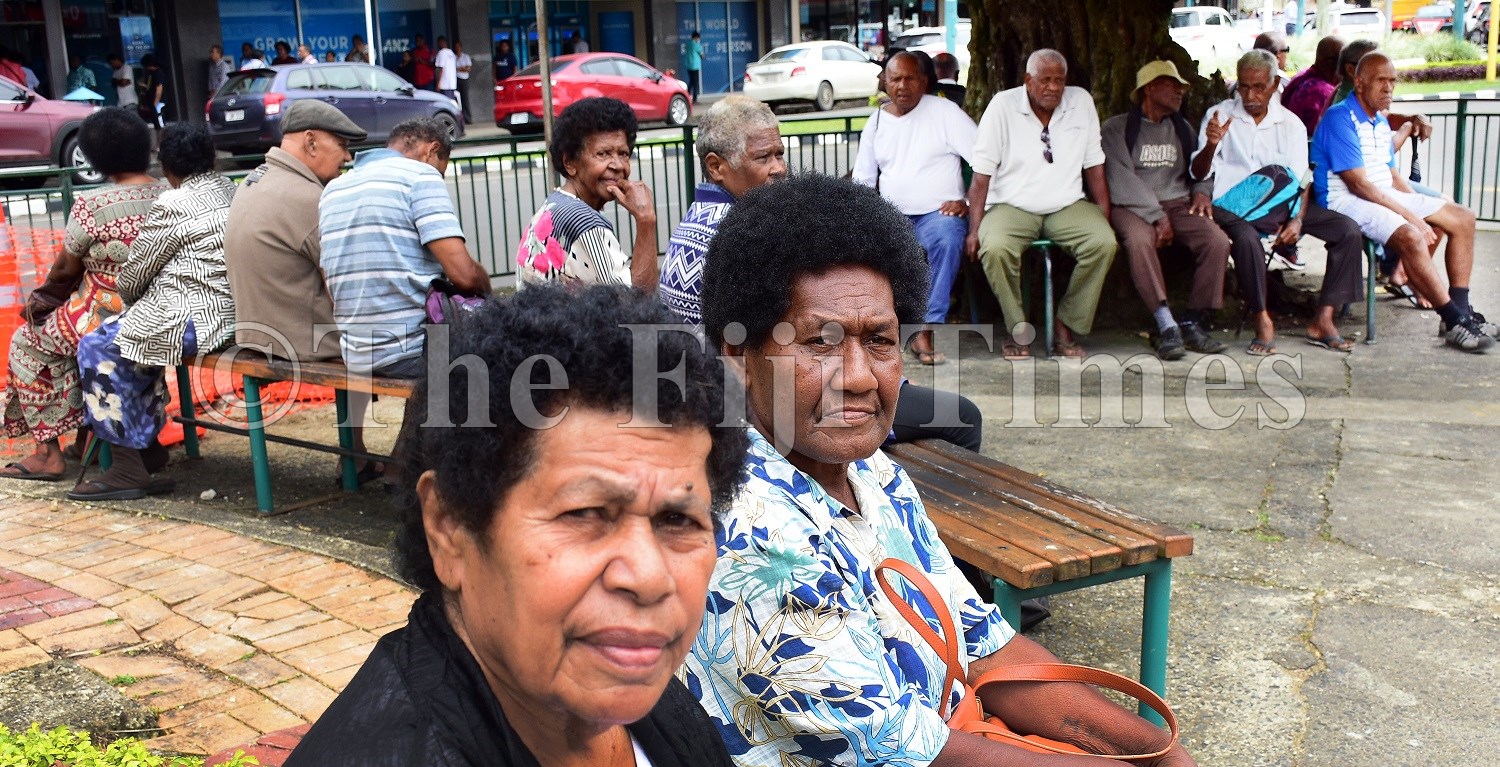 Ledua Wati, close to the camera, with Manaini Marama of Wailekutu (outside Lami) waiting in Suva yesterday. Picture: ATU RASEA

Ledua Wati says yesterday was the first time her social welfare allowance had not been deposited into her account on time.

The 70-year-old Tacirua resident was among many senior citizens who had gathered at the Vodafone Triangle, Suva, waiting for social welfare allowances to be deposited into their accounts.

She said she left her Tacirua home at around 8am to avoid the long queues at the bank.

When a team from this newspaper met Ms Wati at around 3pm yesterday, her bank account was still empty and the crowd of senior citizens waiting for their allowances had grown bigger.

She said she had planned to buy her monthly groceries with the allowance.

“I will just go back home if this does not come through.”

Ms Wati said she had filled the new recertification forms as requested by the Social Welfare Department and was puzzled with the delay in payment.

Director of Social Welfare Rupeni Faitiaki said only those who filled the recertification forms would receive their allowance.

Westpac’s senior manager corporate affairs and marketing Rowena Taito said the bank had worked with the Department of Social Welfare for more than 10 years in facilitating recipients’ payments “and we will continue to support our DSW customers until they transition to BSP under the ministry’s new payment arrangement”.

“We encourage any of our customers who have questions about their welfare payments to visit their nearest DSW office or call the ministry on 3315585 during business hours,” she said.