‘Im not done yet’ 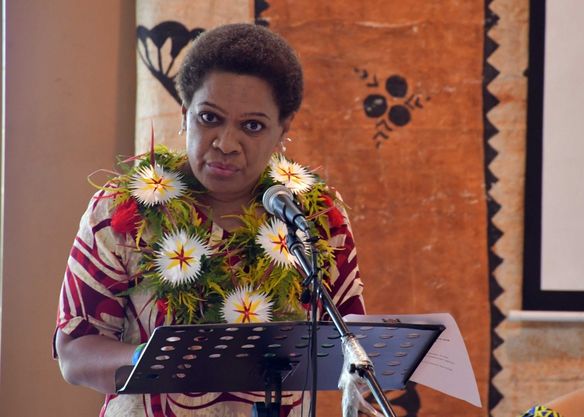 Don’t count her out. That’s the word from former Cabinet Minister Mereseini Rakuita when asked whether she would contest the next general election.

She resigned from Cabinet in August this year and was recently appointed global chair of Family Planning 2030.

While speaking at a femLINKpacific Regional Women in Leadership workshop panel this week, she encouraged women politicians to “come out” and also urged eligible voters to exercise their right to vote.

“I am not done with politics yet.

“That’s the word from former Minister for Women, Children and Poverty Alleviation Mereseini Rakuita. She made the comment while responding to queries on whether she intended to contest the next election.

“I will reserve (comment on) that, but I’m not done with politics yet,” she said.

The articulate popular minister resigned from Cabinet in August this year and a government statement cited “personal reasons” and “new opportunities” as reasons for her resignation.

She was recently announced the first-ever global chair of Family Planning 2030 – an international organisation focused on empowering women and girls by mobilising investments in rights-based family planning. Speaking to this newspaper, she said women’s participation in politics was critical and the new electoral system greatly enhanced the participation of women in political space.

“Just look at the number of parliamentarian women and that is due primarily to the electoral system we have in place.”

At a femLINKpacific Regional Women in Leadership workshop panel discussion in Suva this week, Ms Rakuita said there were a lot of women who had the capability to stand in the next general election.

“I think it’s important for women who are thinking of standing for national elections to come out.

“There are NGOs, there’s the Elections Office that political parties can render advice from – that can assist you to make an informed decision about standing for election.

“There are a lot of women out there that have the capacity to stand for national elections and we’ve heard the barriers in place and we know the social norms that can affect a woman’s decision.”

Ms Rakuita also urged eligible voters to exercise their right to vote. She said Government had pledged to do what it could to fulfil SDG 5 – Gender, Equality and Women’s Empowerment.

However, Ms Rakuita said all the policies, programs and laws in place would not serve their purpose if women themselves did not take the first step.